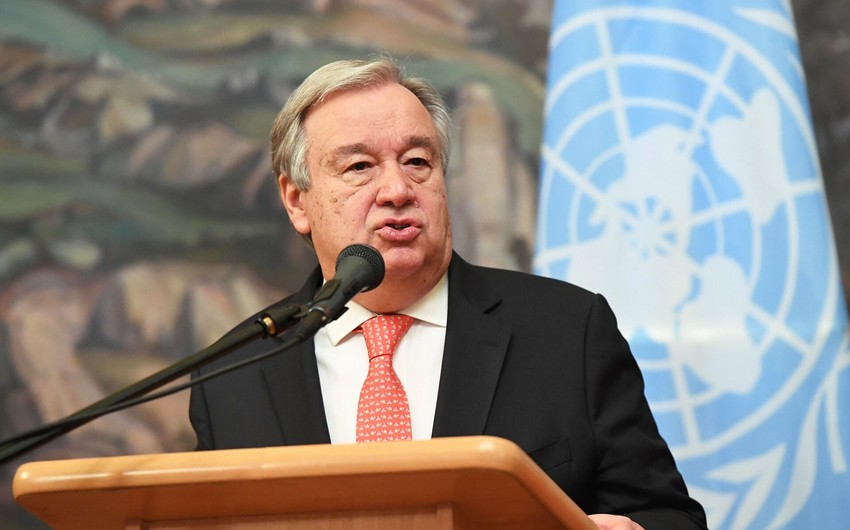 UN Secretary-General Antonio Guterres spoke about a new arms race and the highest level of nuclear threat in 40 years, Report informs, citing RIA Novosti that Guterres said this at a meeting of the UN Security Council.

"We are facing the greatest avalanche of crises for a generation - the world is rolling backward at a growing speed. We again see military coups, a new arms race has begun," the secretary-general said.

According to him, last year, military spending as a percentage of GDP grew the most since 2009 and is now about two trillion dollars a year.

Earlier, Guterres noted that about 14,000 units of nuclear weapons are stored on the planet, which puts the world under the threat of destruction. The secretary-general urged to move to constructive measures in resolving this issue.