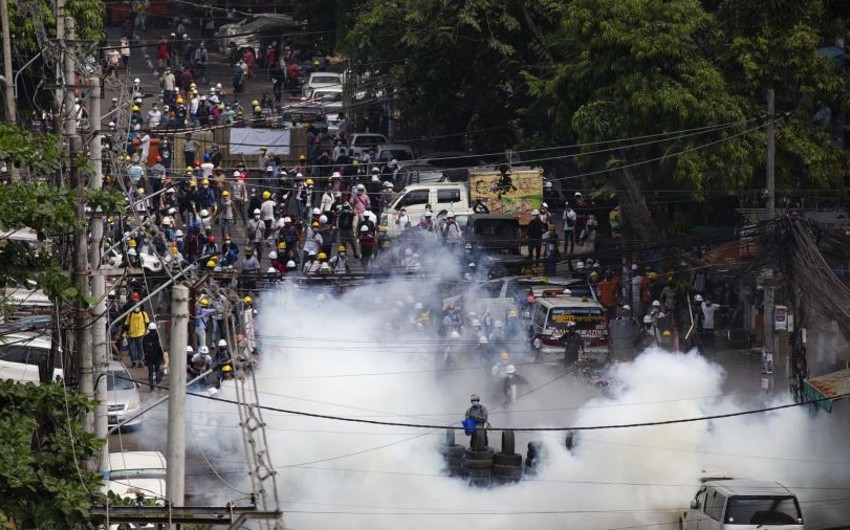 At least 54 people have been killed, and more than 1,700 detained since Myanmar's Feb 1 coup, the UN rights chief said on Thursday (Mar 4), demanding that the military "stop murdering" protesters.

According to Report, the comments come after the deadliest day of protests in Myanmar, with at least 38 dead Wednesday in rallies where security forces were seen firing into crowds.

"Myanmar's military must stop murdering and jailing protesters," she said in a statement.

"It is utterly abhorrent that security forces are firing live ammunition against peaceful protesters across the country," she added.
Bachelet added that she was "also appalled at the documented attacks against emergency medical staff and ambulances attempting to provide care to those who have been injured."

The UN rights office said it had corroborated information that police and military officers had killed at least 54 people since Feb 1.
"The actual death toll, however, could be much higher as these are the figures the office has been able to verify," it stressed.

The killings have escalated sharply in recent days.

The rights office had verified 30 of the 38 deaths reported by other UN entities on Wednesday, saying the killings by security forces had taken place in Yangon, Mandalay, Sagaing, Magway, and Mon.

Another person was documented killed on Tuesday and 18 people on Sunday, with five before that.

It said it was difficult to document injuries but that "at a minimum, hundreds have been wounded during protests."