UN: Number of civil wars has almost tripled from four to 11 between 2007 and 2014 Jan Eliasson: UN must put a higher priority on search for long-term political solutions, and partnerships are essential 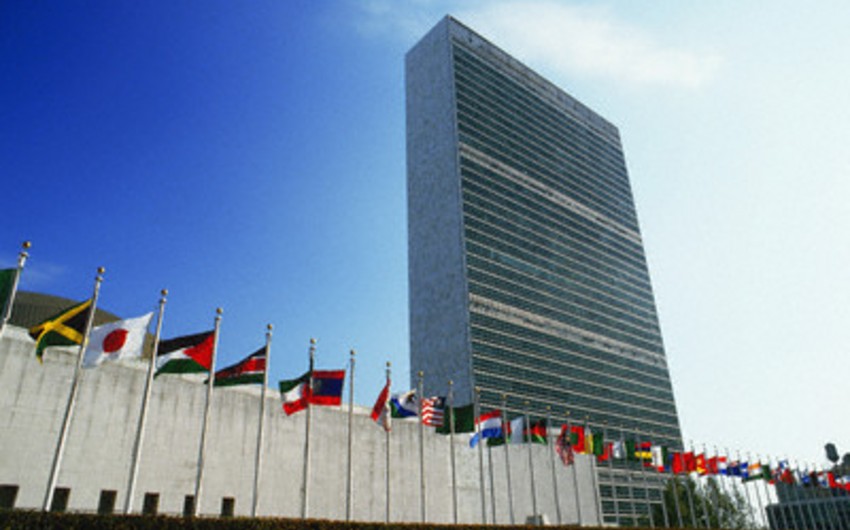 Baku. 11 May. REPORT.AZ/ The president of the U.N. General Assembly said Tuesday it's clear that 70 years after its founding the is not equipped to meet its overriding 1945 objective - to save succeeding generations from the scourge of war.

Report informs, at a high-level meeting of the 193-member world body, Mogens Lykketoft pointed to violence and instability across much of the Middle East and North Africa, violations of international humanitarian law that go unpunished, "terrorism that is wreaking havoc in many countries," and women and children subjected to sexual violence in conflicts.

But he told ministers, officials and experts at the start of the two-day debate on tackling conflicts and risks to peace that "we have a very good opportunity to fundamentally change this reality."

Lykketoft said recent reviews of U.N. peace operations, peacebuilding, and the role of women in promoting peace and security, had similar recommendations: "To respond to today's and tomorrow's threats to peace and security, the United Nations must become more relevant, more credible, more legitimate and more capable — for major, regional and local powers alike."

Deputy Secretary-General Jan Eliasson said the number of civil wars has almost tripled from four to 11 between 2007 and 2014, and conflicts have also become more complex and more intractable.

He said 125 million people are "in grave need of humanitarian assistance," and 80 percent of them lack food and health care because of conflict - an issue that will be addressed at the first-ever U.N. humanitarian summit in Istanbul on May 23-24.

Eliasson said the three reviews of U.N. peace-related activities have concluded with the same messages - "prevention is our central mission." He said the U.N. must put a higher priority on the search for long-term political solutions, and partnerships are essential.

As an example, he said: "Can there be any more telling sign of our collective failure to give priority to prevention than the present deep crisis of conflict and displacement, the massive movement of refugees around the world, with its political and human repercussions?"

"One way I think we leaders of this world have turned our world upside down is by making this singular mistake - and the mistake is attempting to fight fire with fire," the Liberian activist said. "The increased militarism has brought us to where we find ourselves today. Billions have been spent on war, and tiny amounts of money on dialogue."

"I think it's time for us to reverse the order of how we are seeking world peace," Gbowee said.

She stressed that peace can't be built without "the unique input of women" and called the lack of funding to promote women's participation "a disgrace."