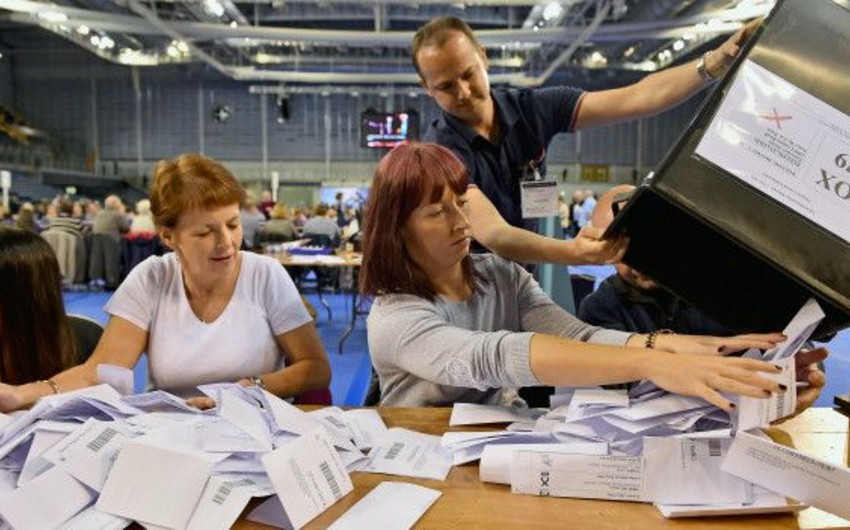 According to the report, currently, by counting the votes in 639 constituencies out of 650, the results were announced. David Cameron's party won 324 seats in the House of Commons, out of 650. The conservatives needs 329 mandates to establish a single-party government.

David Cameron made a statement on the victory: "Our main goal is to unite the country. We will be the government of all residents of the UK."

Recalling his re-election promise, he noted that the conservatives will hold a referendum on Britain's EU membership.