UAE embassy opens in Tel Aviv The United Arab Emirates opened its embassy to Israel in the Tel Aviv Stock Exchange building on Wednesday, marking a new stage in the growing relations between the countries. 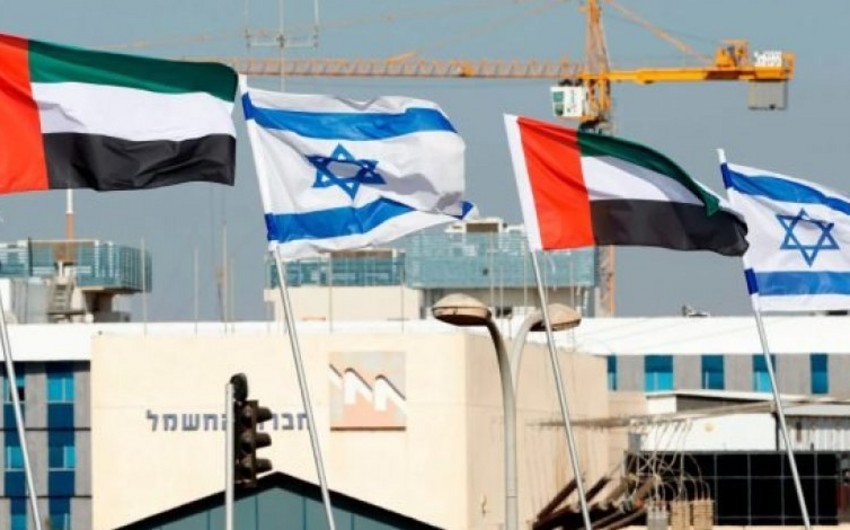 The United Arab Emirates opened its embassy to Israel in the Tel Aviv Stock Exchange building on Wednesday, marking a new stage in the growing relations between the countries, informs, citing .

“This embassy is not just a hub for diplomats, but a base to continue in our new partnership,” UAE Ambassador Mohamed Al Khaja said. “It marks a new paradigm for peace and a model for a new collaborative approach for conflict resolution.”

The UAE and Israel announced they were making peace and normalizing relations last August, in what was called the Abraham Accords. Bahrain, Sudan, and Morocco followed soon after. Israel opened an embassy in Abu Dhabi and consulate in Dubai last month, when Foreign Minister Yair Lapid visited the UAE.

The Tel Aviv Stock Exchange was crowded with excited attendees for the embassy opening, among them President Isaac Herzog and former foreign minister Gabi Ashkenazi. Lapid was in quarantine because one of his aides tested positive for COVID-19.

In his remarks, Al Khaja touted the planned cooperation between universities, hospitals and researchers in Israel and the UAE, as well as the agreements the countries signed in the areas of economics, air travel and agriculture, and said they are “just the beginning.”

“In the post-COVID world, those who innovate will lead,” the ambassador said. “The UAE and Israel are innovative nations that will harness innovation for the future of the people of the country and the region. The people of the region are hoping for a new, prosperous Middle East.”

Herzog said that “seeing the Emirati flag flying in Tel Aviv may have seemed like a far-fetched dream a year ago.”

However, the president added, “nothing can be more natural or more normal,” because Israelis and Emiratis have so much in common.

“We are deeply rooted in our land with eyes on the stars. We are building modern states out of desert sands and made the impossible possible,” Herzog said.

“With people-to-people dialogue, both of our cultures will be enriched,” the president said.