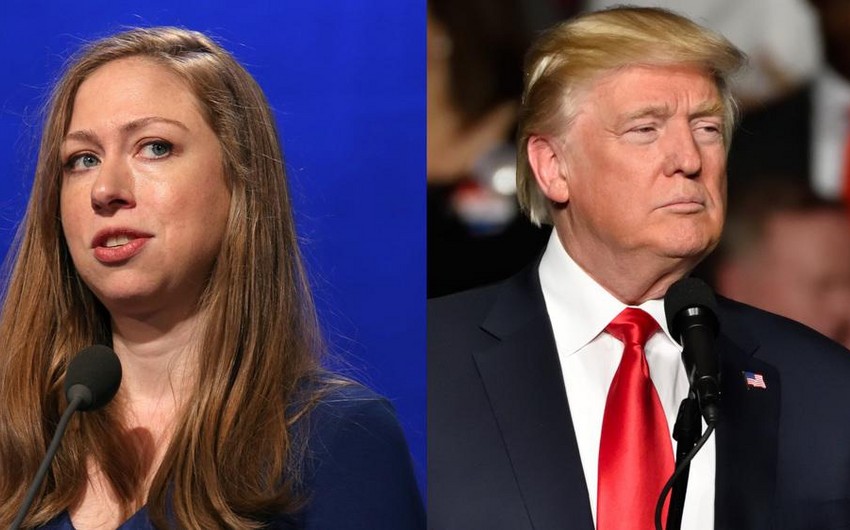 Baku. 11 July. REPORT.AZ/ US President Donald Trump and former first daughter Chelsea Clinton have sparred over his decision to seat his daughter at a summit of world leaders.

Report informs citing the BBC, D. Trump tweeted that his decision to allow his daughter to take his seat at the meeting in Hamburg was "very standard". He also said the media would have cheered "CHELSEA FOR PRES!" if Hillary Clinton had made the same choice.

Chelsea Clinton tweeted back that her parents would never have done so.

Ivanka Trump was criticised online after taking her father\s seat between the British prime minister and the Chinese president at the G20 summit in Germany on Saturday as her father sat for a one-on-one meeting with the President of Indonesia Joko Widodo.