Trump: North Korea sanctions will remain, but war games’ to end President of the United States: "When appropriate time comes, I will visit Pyongyang" 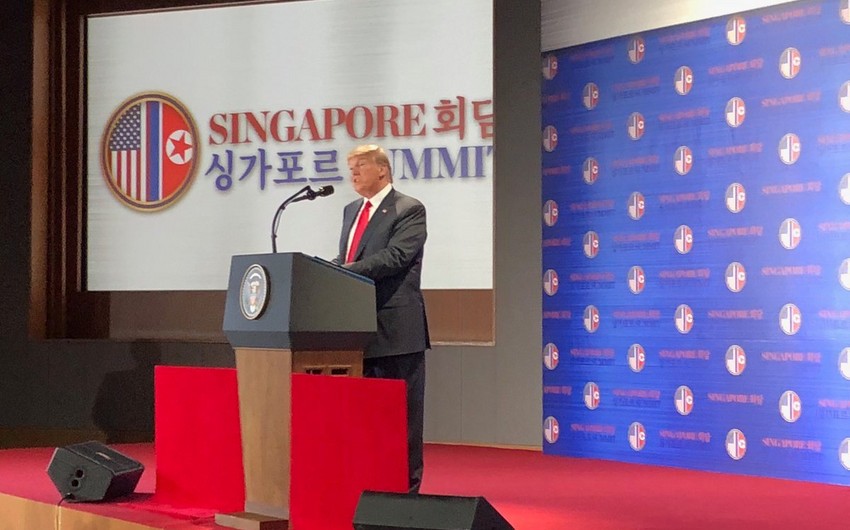 Baku. 12June. REPORT.AZ / "When appropriate time comes, I will visit Pyongyang, and will invite Kim Jong UN to Washington."

The US President noted that in today's meeting "we are preparing to open a new chapter in history." Donald Trump said he trusts Kim Jong UN and has established a good relationship with him.

"We can really become friends," he said.

Trump said that following summit it was declared a commitment on full denuclearization of the Korean Peninsula: "And we agreed to achieve this as soon as possible."

Thus, according to the President of the United States, sanctions against the DPRK will remain in force. The United States will also not reduce its defense capabilities as a security guarantee for the DPRK. At the same time, Washington will stop military exercises in the area of the Korean Peninsula.