Trump: I'm thankful for the difference I've made 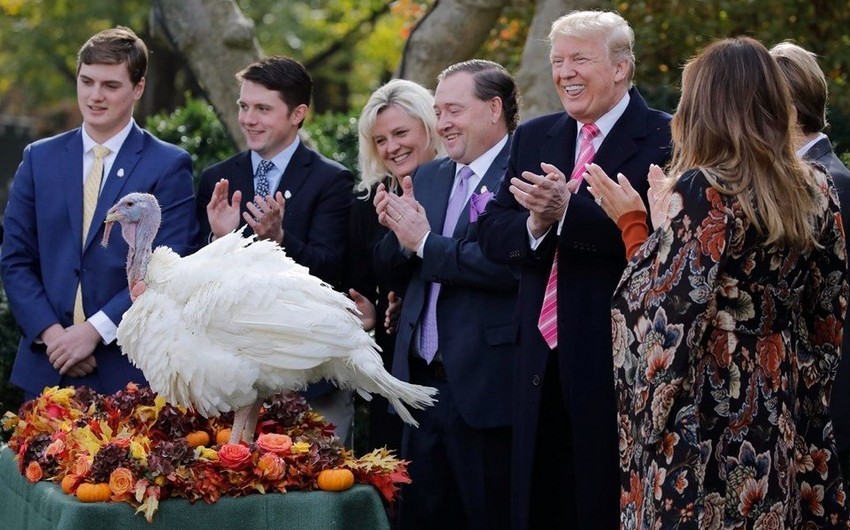 Baku. 23 November. REPORT.AZ/ When asked what he wanted to give thanks for during a press gaggle Thursday, Trump responded, "for having a great family and for having made a tremendous difference in this country. I've made a tremendous difference in the country. This country is so much stronger now than it was when I took office that you wouldn't believe it."

"And I mean, you see, but so much stronger people can't even believe it. When I see foreign leaders they say we cannot believe the difference in strength between the United States now and the United States two years ago," he continued. "Made a lot of progress."

The comments came after Trump broke with tradition to use a Thanksgiving morning call with military members to weigh in on several controversial political issues, including chiding the US 9th Circuit Court of Appeals and demanding a stronger US-Mexico border.

Trump has previously given himself high marks for his performance as President. On Sunday, he told "Fox News Sunday" he would give himself an "A-plus" when asked how he would grade himself.