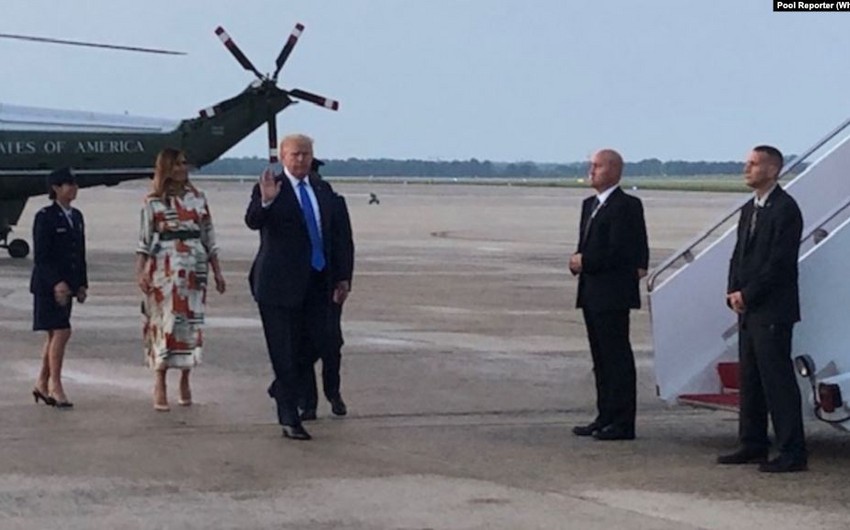 US President Donald Trump has arrived in the UK.

Report informs citing Sputnik that his state visit will include an audience with Queen Elizabeth II, the ceremony on the occasion of the anniversary of the allied landings in Normandy, which will be held in the UK and France, as well as a stop in Ireland.

Besides, Trump promised to meet not only with Prime Minister Theresa May, who is going to resign due to Brexit delay, but also with her likely successor Boris Johnson at a press conference held before the flight.

The US President is going to meet even more massive protest than a year ago, when 100 thousand people took to the streets of London. This time this figure is expected to be a quarter of a million. The program of the state visa had to be changed, for example, to refuse to travel in an open crew.