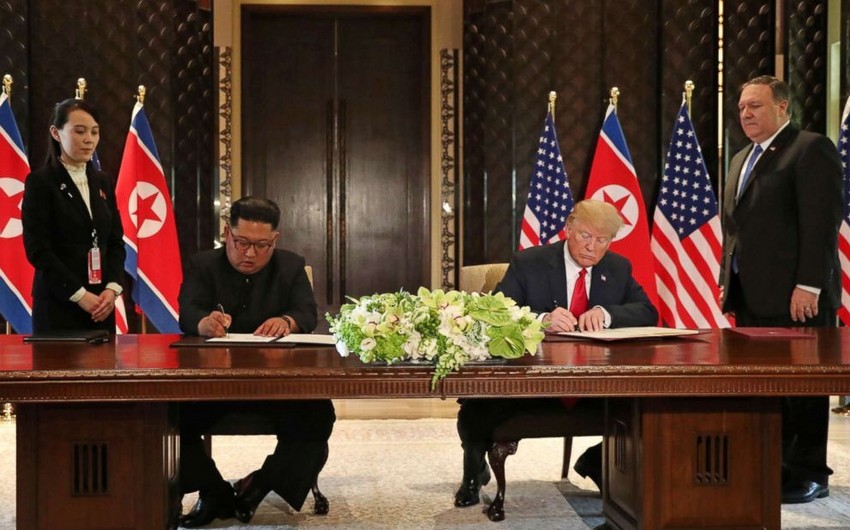 Baku. 12 June. REPORT.AZ/ US President Donald Trump and the leader of the DPRK Kim Jong-UN have signed a document following the results of the meeting in Singapore, Report informs.

"We want to do more," Trump said following the signing of the document.

He thanked Kim Jong-UN for the meeting and noted that it was comprehensive.

Answering the question of journalists about whether Trump intends to invite Kim Chen Jong- UN to the White house, the US President said: "Absolutely."