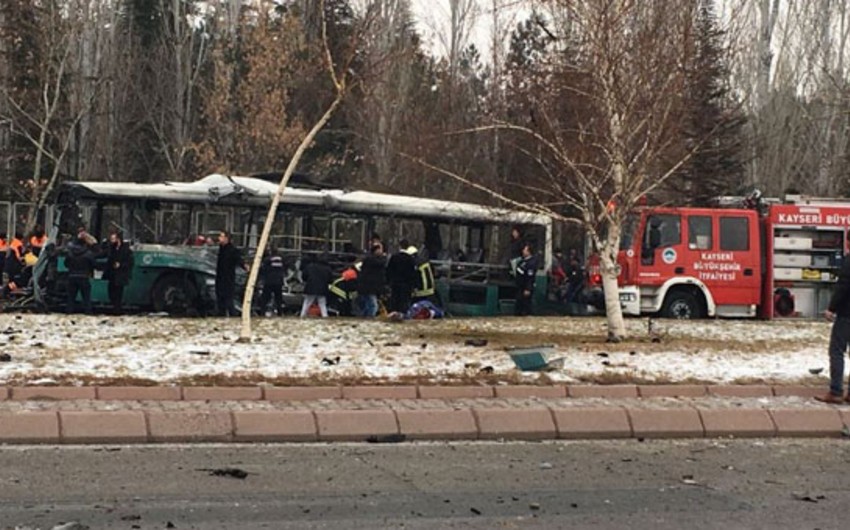 According to him, 56 people were injured as a result of bomb attack on passenger bus carrying military servicemen in front of Kayseri University campus. 12 injured servicemen have been placed in emergency service. Conditions of 4 injured are critical.

Country’s internal minister Suleyman Soylu told that, 6 of 12 persons placed in emergency rooms are in critical condition. Moreover, identity of 8 martyrs has been determined.

The minister told that they are trying to identify terrorists, who launched the attack: “The terror will be brought to end in Turkey. We are determined in this issue. We will be tolerant to prevent the terror. My condolences to our nation”.

Baku. 17 December. REPORT.AZ/ Bomb exploded near one of university campuses in Turkey.

Ambulances and firefighters deployed in the territory.