The British edition publishes a terrifying map for Europe 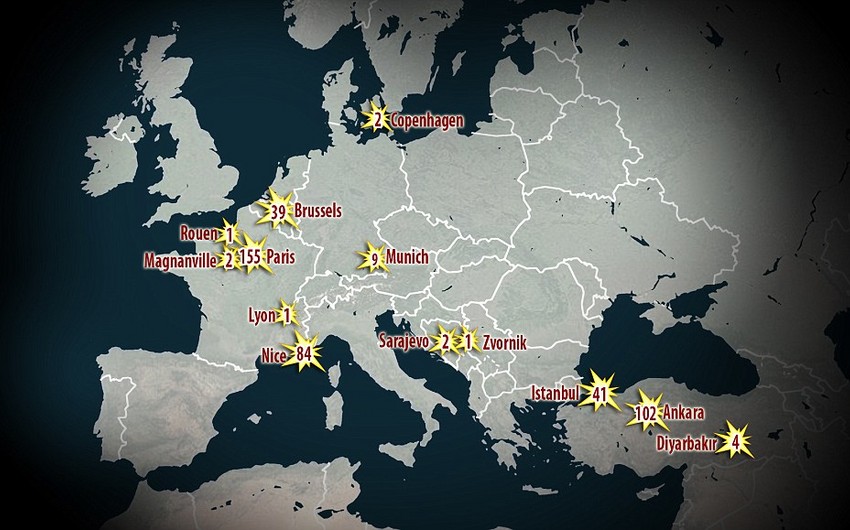 Baku. 28 July. REPORT.AZ/ The terrifying map published in the Daily Mail shows how 443 victims were killed in 18 deadly terror attacks in the last two years in Europe.

Report informs referring to the edition, A spate of deadly attacks across Europe over the past two years have left many citizens living in fear.

In 2014, four people were killed in a deadly attack in Brussels, in 2015 a staggering 267 people were slain in atrocities across the continent and so far, in 2016, 172 have died in terrifying attacks.

There have been 18 major deadly incidents and many more violent terror-related assaults on innocent people by crazed fanatics.

Totally, 443 victims were killed in 18 deadly terror attacks in the last two years in Europe.