Syrian FM: Damascus ready to enter Geneva peace talks "Our delegation will be ready as soon as we receive a list of the opposition delegation", Muallem said 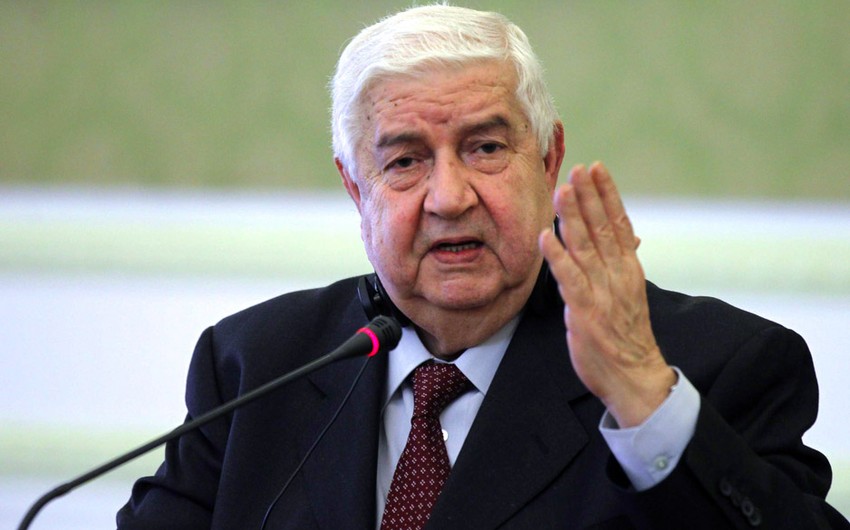 Baku. 6 February. REPORT.AZ/ Syria is ready to participate in peace talks in Geneva aimed at ending its brutal civil war, the country´s foreign minister said Thursday during an official visit to China, Report informs referring to the Reuters.

"Syria is ready to participate in the Syrian-Syrian dialogue in Geneva without any foreign interference," Walid Muallem said during a press briefing following his meeting with Chinese foreign minister Wang Yi.

"Our delegation will be ready as soon as we receive a list of the opposition delegation", Muallem said.

He added Syria was also waiting to receive a list of "terrorist organisations" that would not be allowed to participate in the talks.

Muallem´s comments appeared to be the first time since the beginning of the Vienna peace process in October that Syria´s government has responded so favorably to a new round of peace talks.