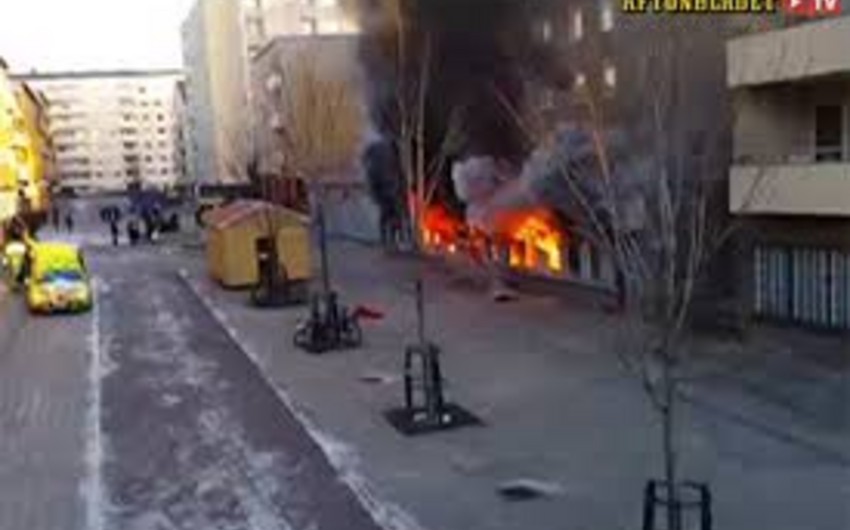 It took firefighters more than four hours to put the blaze out and police launched a preliminary investigation of aggravated arson.

Witnesses said the fire broke out when an unidentified individual hurled an object through one of the mosque's windows in the southeastern town of Eskilstuna, informs Report citing Anadolu Agency.

Between 15 and 20 people were inside the mosque when the fire broke out at midday and victims with injuries ranging from smoke inhalation to lacerations were taken to an area hospital, police told a news conference.

''[This is a] cowardly attack on religious freedom and on individuals,'' Sweden's Justice Minister Morgan Johannson told Swedish daily newspaper Aftonbladet. ''We cannot accept this in Sweden.''

Abdirisak Hussein, a local resident who regularly prays in the mosque, told Swedish daily newspaper Dagens Nyheter that both adults and children were inside when the fire broke out.

''People are very shocked,'' Hussein told Dagens Nyheter. ''The only joy in this dark episode is that people got out so fast.''

The arson attack happened on Christmas Day amid tense a debate in Sweden on immigration and increasing support for the Sweden Democrats, a far-fight political party.

''Our country must stand up against xenophobia and Islamophobia and stand for basic human rights,'' Johansson added.