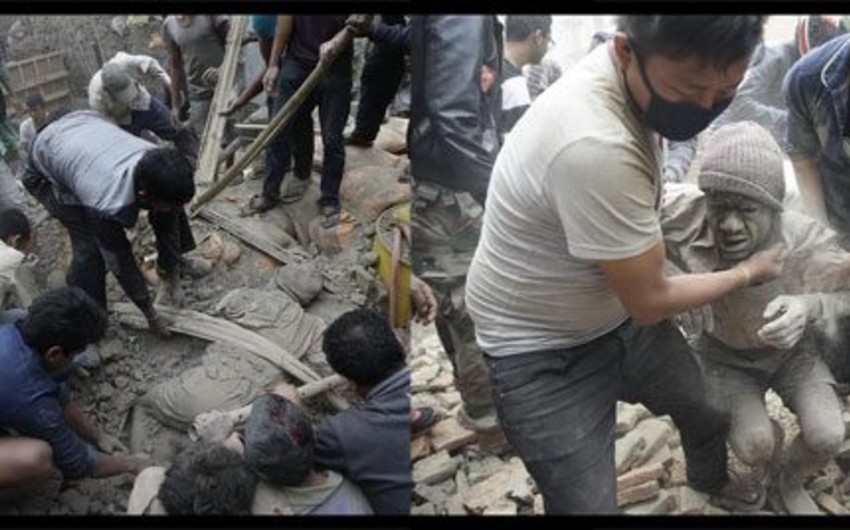 Magnitude tremors reached 7.4 points. According to eyewitnesses, the tremors were felt not only in Nepal, but also in northern India, including New Delhi.

It is reported that the capital of Nepal Kathmandu airport closed due to the earthquake.

"The airport is closed, there are a lot of destructions", said in a Twitter of newspaper 'Times of India'.

No casualties and injuries were reported.