South Korea: Dozens hospitalized due to fire in high-rise building 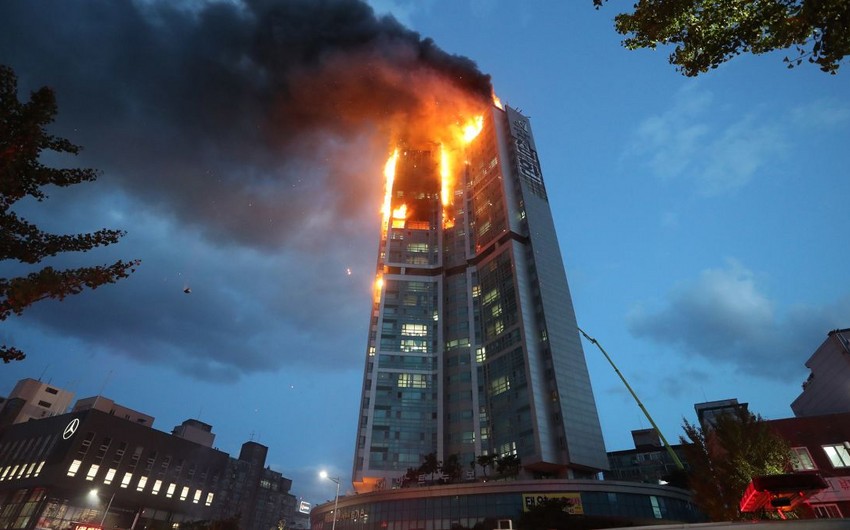 A fire broke out in a high-rise building in the South Korean city of Ulsan on Friday night, Report informs, citing Yonhap.

According to the agency, the incident caused to injure at least 88 people.

It took place at 23:00 local time (18:00 Baku time). The victims were taken to hospitals with minor injuries and smoke poisoning.

Some evacuated residents were temporarily accommodated in a hotel.