Somalia: Armed militants attack hotel Somalia, in the Horn of Africa, has been mired in conflict and chaos since 1991 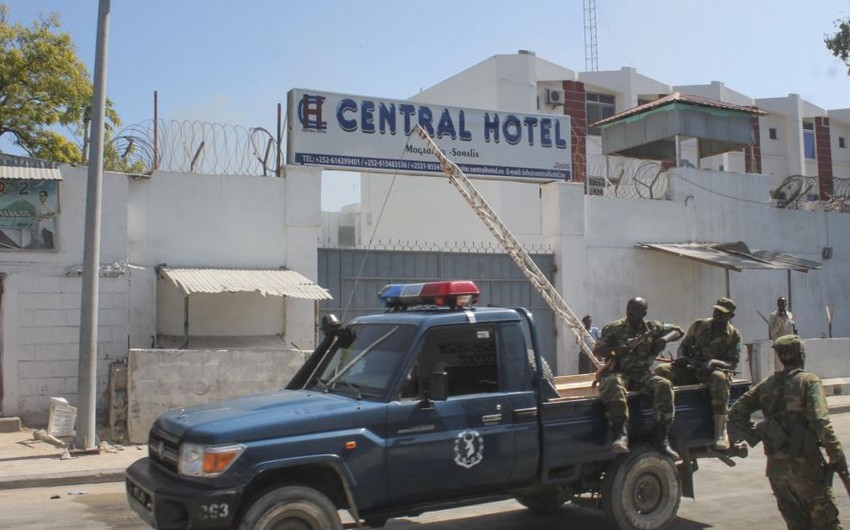 Al Shabaab gunmen attacked a hotel in Somalia's capital near the presidential residence on Tuesday, police and the militant group said, without giving details about casualties, Report informs citing the TASS.

The militant group, which frequently launches bomb and gun raids in Mogadishu in its bid to topple the U.N.-backed government, also attacked the Syl Hotel, which is popular with government officials and lawmakers, in 2016.

"We thought they were police but they started hurling grenades and firing us when they neared and so we exchanged fire at the gate of the hotel," a police officer, who only gave his name as Ahmed, told Reuters.

Al Shabaab's military spokesman Abdiaziz Abu Musab said the group's fighters were inside the hotel compound near the presidential palace. "The compound is home to enemy officials," he said.

Somalia, in the Horn of Africa, has been mired in conflict and chaos since 1991, when clan-based warlords overthrew a dictator.