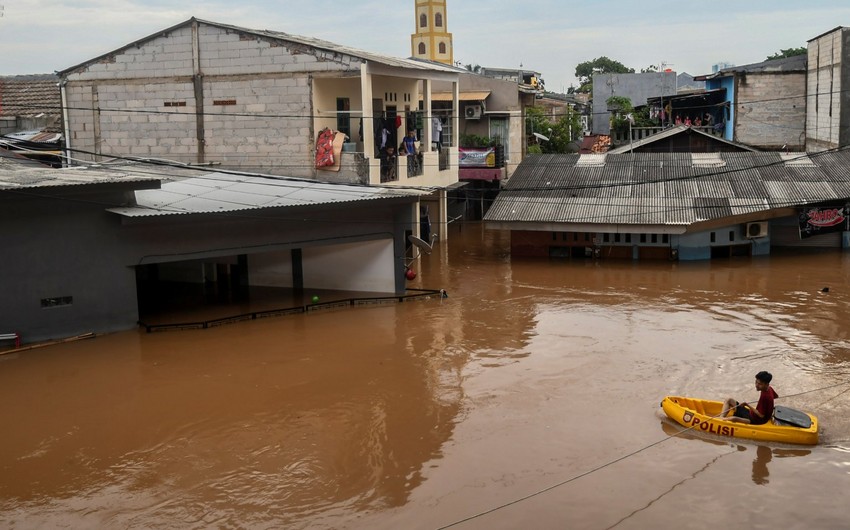 Torrential rains struck the city over the weekend, which flooded dozens of major roads and forced hundreds of people to rush to emergency shelters.

Indonesia’s meteorological agency warned that Greater Jakarta -- a region of around 30 million people regularly hit by floods in the rainy season -- could expect more heavy downpours next week.

Floodwaters had hit 200 neighborhoods in the region, and 40 were still under at least one foot of water on Sunday.

Jakarta saw some of its deadliest floods in January last year after downpours that also triggered landslides.

At least 67 people in the capital and nearby cities were killed in that disaster.