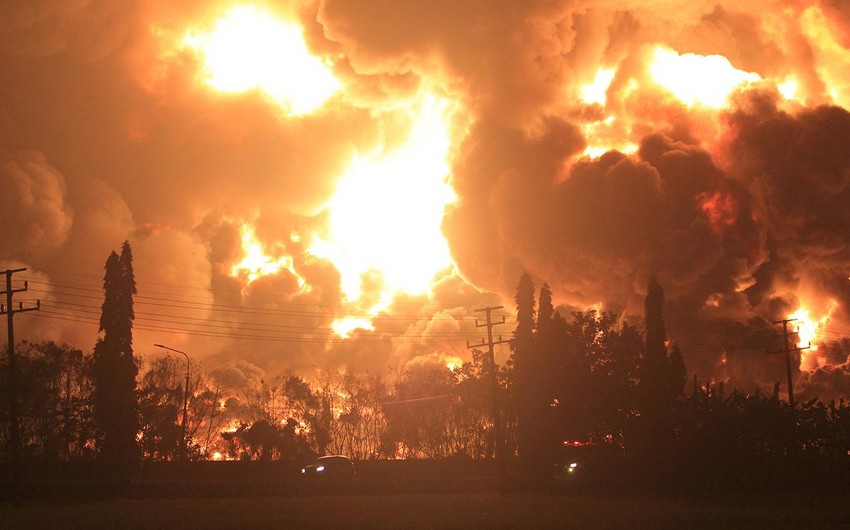 At least 500 people were being evacuated from a nearby village after a massive fire broke out at the Pertamina Balongan Refinery in Indonesia's West Java province, Report informs, citing CNN Turk.

Residents of Balongan village were moving to two evacuation centers on Monday.

Authorities urged residents to stay calm and keep away from the fire. Four residents injured while passing through the area suffered burns and were being treated at the Indramayu regional hospital.

Pertamina officials said the fire's cause was not clear, but there was lightning and heavy rain when the massive fire broke out.

"We did a normal shutdown to control the flow of oil and stop the blaze from expanding," Ifki Sukarya, corporate secretary of Subholding Refining Petrochemical PT Kilang Pertamina Internasional, said in a press statement.