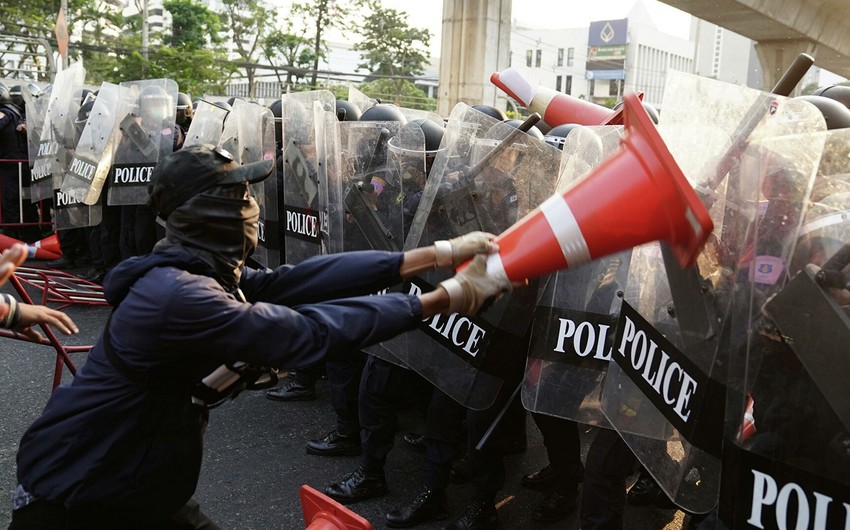 Five people were killed and at least 15 arrested after Myanmar security forces in a car rammed into an anti-coup protest on Sunday morning in Yangon, local news portal Myanmar Now reported.

Witnesses on the scene told Reuters dozens had been injured. Photos and videos on social media show a vehicle that crashed through the protesters and bodies lying on the road.

Another protest was held in Yangon in the afternoon despite the morning violence.

Anti-military protests are continuing despite the killing of more than 1,300 people since the Feb. 1 coup. The scattered protests are often small groups voicing opposition to the overthrow of an elected government led by Nobel laureate Aung San Suu Kyi and the return of military rule.

The opposition's shadow government said it was heartbroken to see peaceful protesters crashed and shot to death.

"We will strongly respond to the terrorist military who brutally, inhumanly killed the unarmed peaceful protesters," the National Unity Government's defence ministry said in a statement on social media after Sunday's attack.