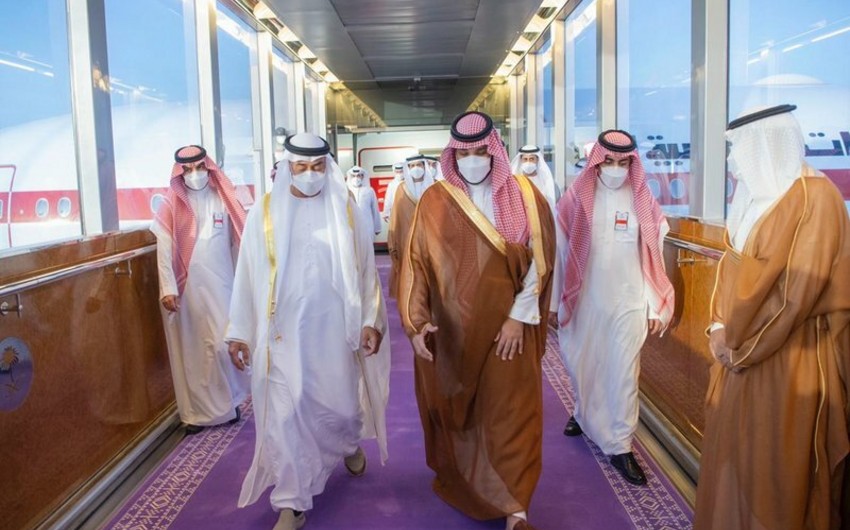 Saudi Arabia will use purple carpet instead of the red one for ceremonial and official events, Report informs referring to The National News.

The decision was announced by the Ministry of Culture, which connected the change in ceremonial procedure to the violet-colored plants currently in bloom across the Asir region.

“The lavender carpets are identical to the color of the kingdom’s deserts and plateaus in the spring,” said the Saudi Press Agency, referring to the country’s lavender flowers, desert germander, basil and Jacaranda trees.

Saudi Arabia’s new purple carpets are also edged in a geometric design that refers to the art of sadu weaving, a traditional Bedouin practice that has recently been inscribed on the UNESCO list of Intangible Heritage. It has been put down as a heritage practice for Saudi Arabia and Kuwait, though it is widely used across the Gulf, including in the UAE.

Sadu weave is typically made out of wool from sheep and goats, and hair of camels, with a pattern of geometric shapes that runs in stripes down the fabric.