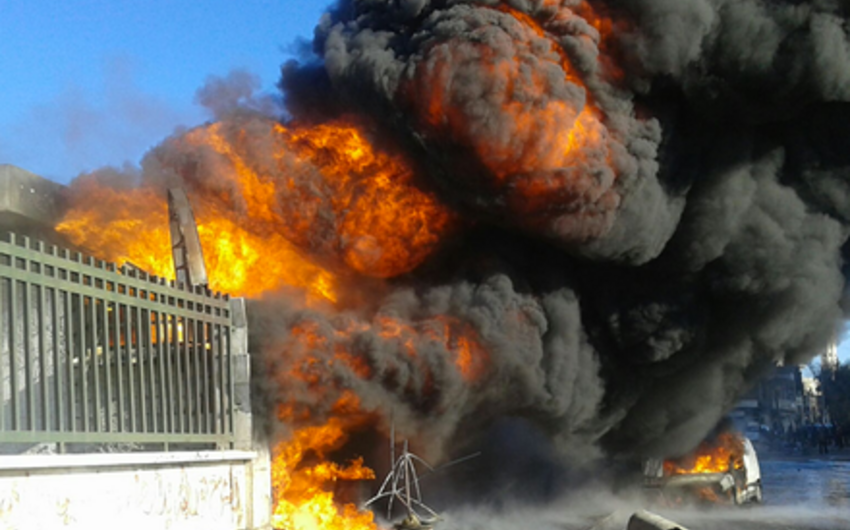 Report informs, the information was spread by the Syrian Liberation Army (SAO).

According to the information, Russian jets have bombed SAO's positions in Azaz district, Syria.

After the bombing, local residents turned off the fire.