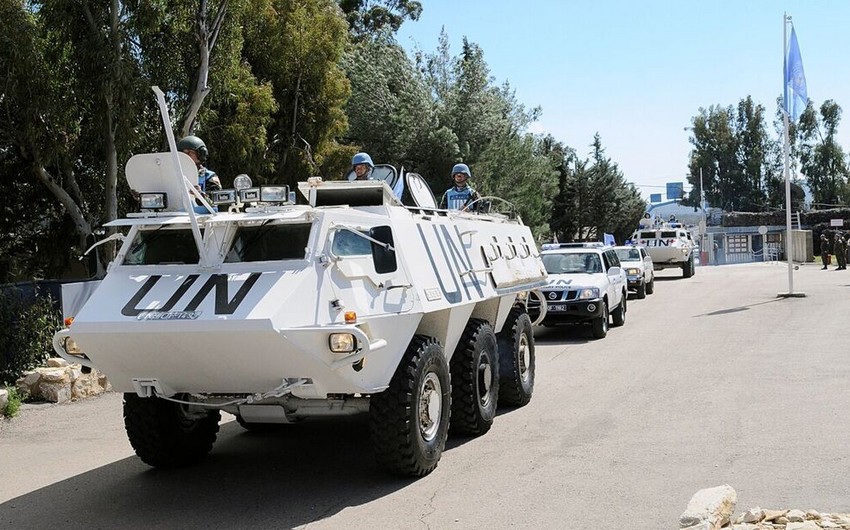 Baku. 2 August. REPORT.AZ / The activities of the UN peacekeeping forces suspended in 2012 in the Golan heights can be resumed, the peacekeepers have already made the first patrol.

"The conditions have been created for the resumption of the activities of the UN peacekeeping forces deployed in the area of the separation between Syria and Israel in the Golan heights in accordance with the UN security Council resolution No. 350 of 1974," S. Rudskoy said at a briefing.

He recalled that the work of international observers in the area was suspended in 2012 for security reasons.

"Today, UN peacekeepers, accompanied by the Russian military police, has made the first patrol within six years in the area of separation," S. Rudskoy said.

He stressed that "in order to avoid possible provocations in front of the UN posts along the Bravo line, eight observation posts of the military police of the Russian Armed Forces are planned to deploy", which will be transferred to the servicemen of the Syrian government troops as the situation stabilizes.