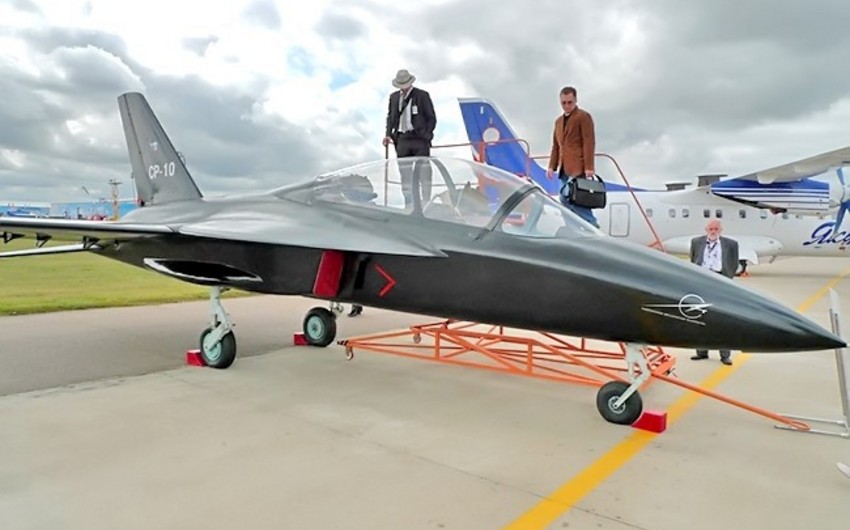 Report informs citing the foreign media, developed by the Russian KB SAT design bureau, the SR-10 has its wings pointed forward at a 10-degree angle. According to UPI, the manufacturer claims this gives the plane better stability at slower speeds and "enhanced takeoff and landing performance." Maybe so, but forward-swept wings also make a plane unstable. Planes with such odd wings—like the pioneering Grumman X-29 need fly-by-wire onboard computers to make constant tiny corrections to keep the aircraft stable in flight

The front half of the SR-10 bears an uncanny resemblance to the F/A-18E Super Hornet. The plane is entirely built from composite materials, which shaves weight and increases the thrust-to-weight ratio. It has a maximum speed of 559 miles an hour and a range of 932 miles.

The KB SAT has yet to book any orders for their unusual plane, but is currently pitching it to the Russian Air Force as an intermediate-level jet trainer.

Report presents a video of an SR-10 test flight: