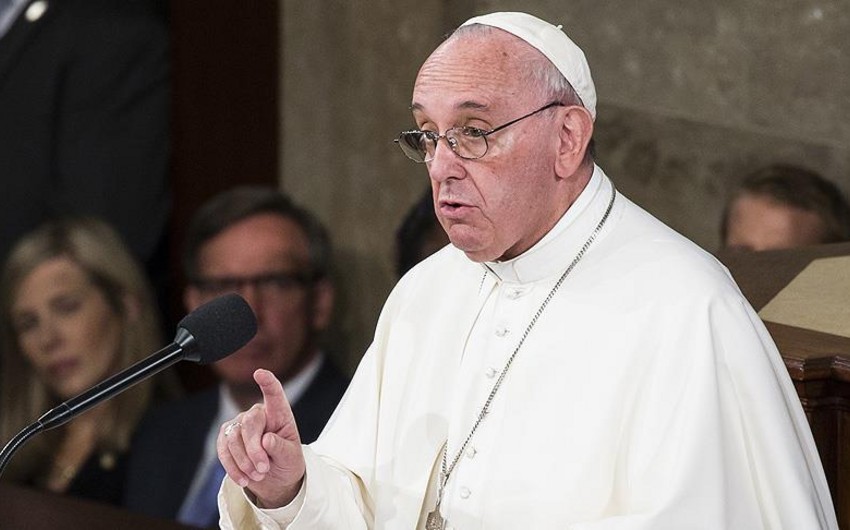 The pontiff made the statement in a telephone interview with the Italian Bishops’ Conference’s official television network, Report informs referring to the foreign media.

Francis has used this term before, always emphasising the word “piecemeal.”

In September in Slovenia, at a commemoration at a WWI cemetery, he said: “Even today, after the second failure of another world war, perhaps one can speak of a third war, one fought piecemeal, with crimes, massacres, destruction.”