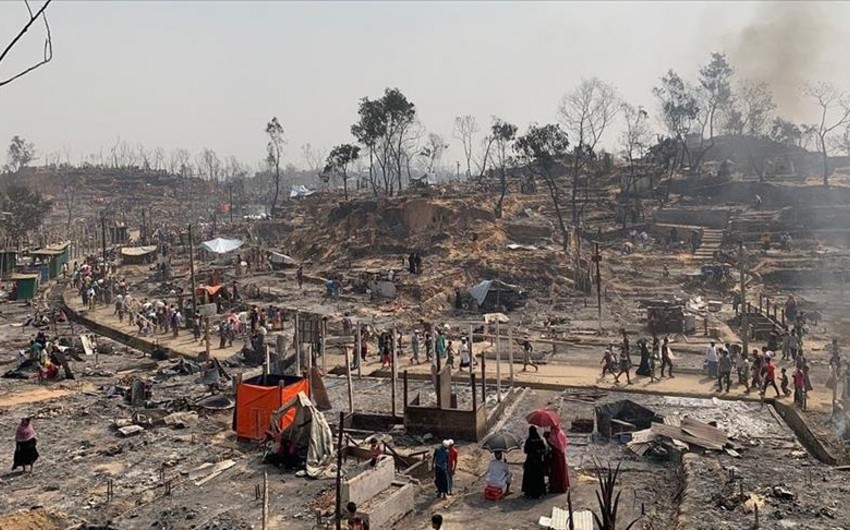 According to Louise Donovan, at least 400 people were still missing, and around 560 were injured by the fire, a spokesperson for the United Nations’ refugee agency. The UNHCR said about 45,000 people were displaced by the fire, which broke out Monday afternoon and burned well into the night.

In the aftermath, refugees picked through the burned debris, looking for their belongings. Others wept.

“Yesterday before the fire started, my kids went to study at the Islamic school. I did not see them after they came back. I found two of my older kids, but I still can’t find my youngest son,” said Shappuni, a Rohingya refugee who uses only one name.

At least three of the dead were children, and the search for victims was still ongoing, said Nizam Uddin Ahmed, the top government official in Ukhiya, a sub-region of the Cox’s Bazar district where the camp is located.

Relief teams on the ground were stunned by the unprecedented level of destruction, said Jan Egeland, secretary-general of the Norwegian Refugee Council.

“This tragic event could have been less disastrous had barbed wire fencing not been erected encircling the camps. NRC staff have heard horrific accounts from refugees about their scramble to cut through the wire fences to save their families, escape the fire and reach safety,” Egeland said.