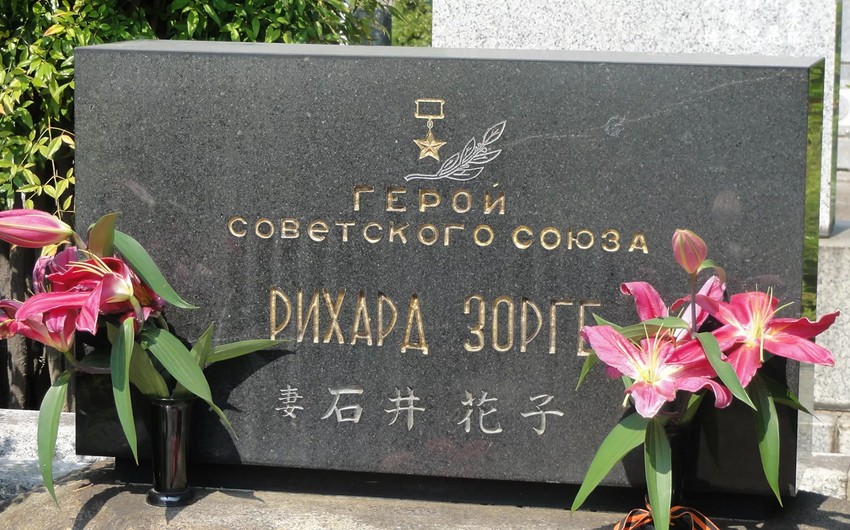 Russia's ambassador to Japan, Mikhail Galuzin, and the heads of diplomatic missions of the CIS member states visited the grave of legendary scout Richard Sorge, buried in Tama Cemetery near Tokyo, and laid flowers before the tomb, Report informs, citing RIA Novosti.

He was an employee of the Soviet General Intelligence Agency, and before World War II, worked as a spy in Germany and Japan under the guise of a journalist.

Sorge used the nickname Ramsay. One of his most important activities was informing Soviet sources about the possible attack by Adolf Hitler during his military service in Japan in 1940-1941.

He warned the USSR before Operation Barbarossa. In early 1941, Soviet sources informed the secret service that Japanese troops would not attack soon. Due to the information, all attention was focused on the western front. Eighteen divisions, 1,700 tanks, more than 1,500 fighter jets from Siberia and the Far East were concentrated around Moscow, where decisive battles were against the Third Reich.

This ordnance was widely used in the battle for Moscow. Richard Sorge was posthumously awarded the title of Hero of the Soviet Union in 1964 for his services to the Union of Soviet Socialist Republics. The vast majority of security and intelligence experts describe Richard Sorge as one of the greatest spies in world history.