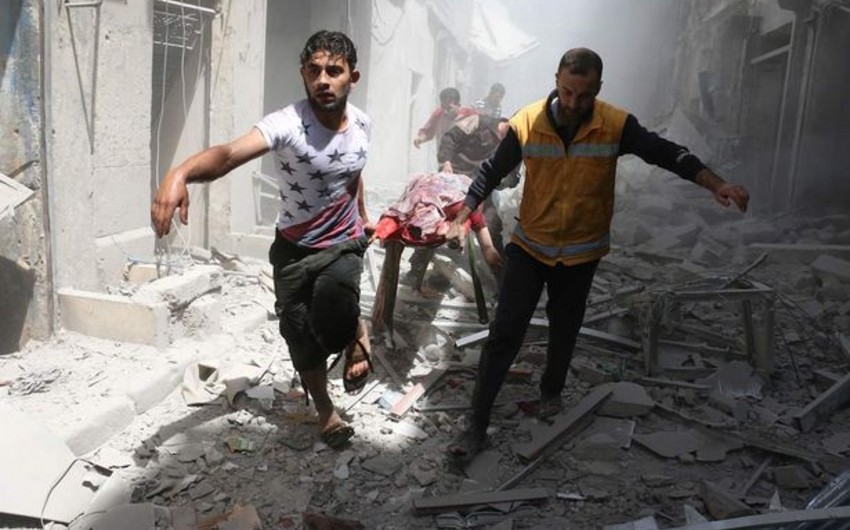 Baku. 3 May. REPORT.AZ/ Rockets fired by insurgents hit a hospital in a government-held part of Aleppo city on Tuesday, causing dozens of casualties, Report informs referring to the Russian RBK,the Syrian Observatory for Human Rights said on Tuesday.

The Observatory did not say how many people had been killed in the strike on the al-Dabit hospital. But State-run Syrian news channel Ikhbariya said three women were killed and 17 more people wounded.

The Syrian army said in a statement the attack was part of a widespread assault by insurgent groups in Aleppo on Tuesday and that it was responding "to the sources of fire".