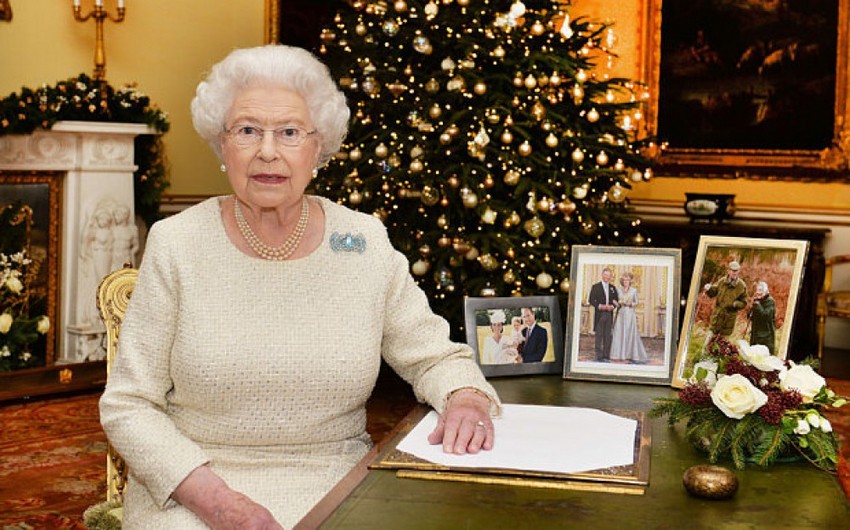 Baku. 26 December. REPORT.AZ/ The Queen used her Christmas Day broadcast to make one of her most overtly religious addresses to the nation in recent years.

Report informs citing the British media, quoting directly from the Gospel of John, she spoke of light which “shines in the darkness” which she described as a “verse of great hope”.

Her comments come at the end of a year in which Britain has been stunned by terrorist atrocities, from the mass shootings and bombings in Paris last month to the gun attack at a Tunisia resort during the summer.

Reflecting on the past 12 months, the monarch said: “It is true that the world has had to confront moments of darkness this year.

“But the Gospel of John contains a verse of great hope, often read at Christmas carol services: 'The light shines in the darkness, and the darkness has not overcome it'.”

In a year that marked the 70th anniversary of the end of the Second World War, the Queen offered renewed thanks for the service and sacrifice of those who took part in the conflict.

"One cause for thankfulness this summer was marking 70 years since the end of the Second World War," she said.

"On VJ Day, we honoured the remaining veterans of that terrible conflict in the Far East, as well as remembering the thousands who never returned."

She added: "And this year my family has a new member to join in the fun!"

In a light-hearted nod to her 90th birthday celebrations next April, the monarch said: “I am looking forward to a busy 2016, though I have been warned I may have Happy Birthday sung to me more than once or twice.”

Touching on a more sombre note, the Queen said Christmas is a time that “allows us to reflect on the year that has passed, as we think of those who are far away or no longer with us.”