Putin speaks on consequences of US exit from Iranian deal

Putin speaks on consequences of US exit from Iranian deal 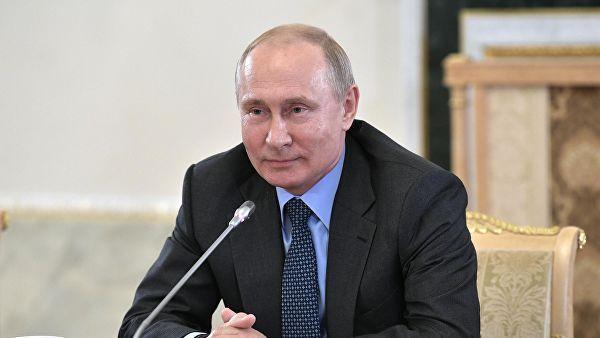 The US withdrawal from the agreement on the Iranian deal affects the nuclear nonproliferation regime. Report informs citing the RIA Novosti that Russian President Vladimir Putin said at the Conference on Interaction and Confidence-Building Measures in Asia, which is held in Dushanbe.

"Everyone is also concerned about the situation around the Joint Comprehensive Action Plan for the Iranian nuclear program. The US withdrawal from this agreement has significantly complicated its implementation and has a negative impact on the overall situation with regard to the nuclear nonproliferation regime," Putin said.

According to Putin Russia believes that only reasonable solution in this situation to continue implementation of its obligations by the participants of the plan.

"And Russia intends to do so," the head of the Russian state stressed.