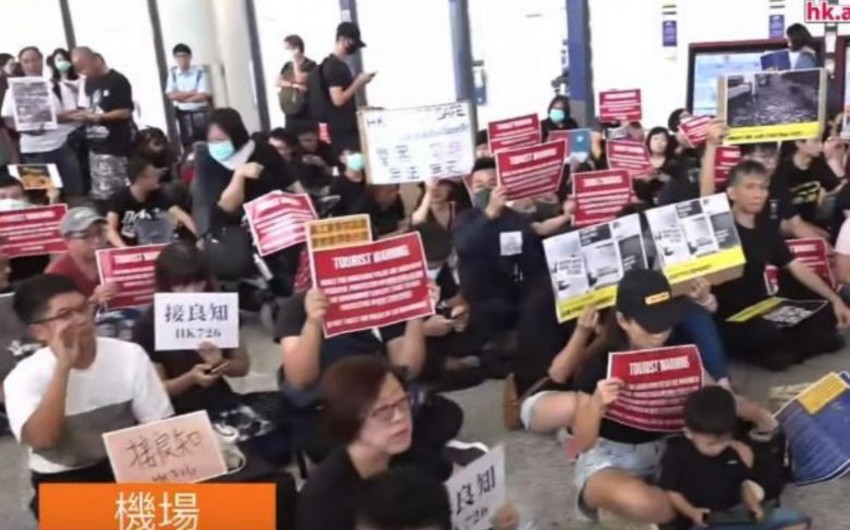 Hundreds of pro-democratic protesters gathered for an anti-governmental protect at the international airport of Hong Kong, Report informs citing TASS.

The peaceful protest is held at the arrival hall, where a crowd in black T-shirts with banners gathered, local television reports. The stewards and employees of a number of local aviation companies also joined the protest. The press service of the airport said that the 'airport will operate in a usual mode'.

On the air harbor website and in the HKG My Flight mobile application there is a message calling for passengers to stock up enough time to arrive and follow the flight information update.

A few weeks ago, mass protests broke out here against a bill initiated by local authorities, which aims to set up a mechanism for transfer from Hong Kong to mainland China people suspected of violating the laws of China or those on the wanted list for their further prosecution.