​President of Ukraine urged Turkey to strengthen cooperation to protect the rights of the Crimean Tatars Cavusoglu: "We will never recognize the illegal annexation of Crimea"
2731 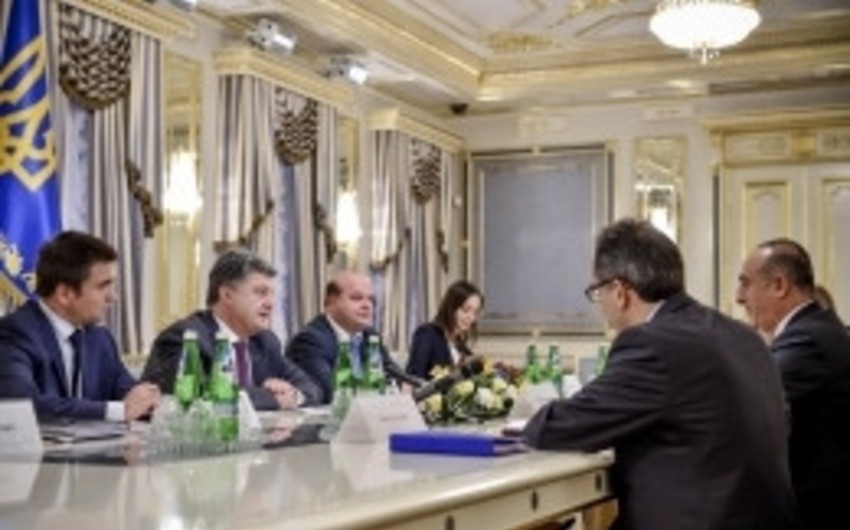 Baku. 11 November. REPORT.AZ/ Ukrainian President met with Foreign Minister of Turkey Mevlut Cavusoglu, who arrived in Kiev to participate in the third meeting of the Joint Strategic Planning Group - a working body of the High level Strategic Council of Ukraine and Turkey. Report informs citing the official website of the President of Ukraine, during the meeting, Turkish Foreign Minister said that his country supported the peace plan of Ukranian President to resolve the situation in Donbas. "I would like to reiterate our full support for the territorial integrity of Ukraine. We will never recognize the illegal annexation of the Crimea", stated the Turkish Minister.

The Head of State thanked Turkey for their support of the territorial integrity of Ukraine and stressed the importance of Turkey's position in the international arena, particularly in international organizations.

Poroshenko called for enhanced cooperation to protect the rights of the Crimean Tatars. He stressed that the leaders of the Crimean Tatars, Mustafa Jemilev and Refat Chubarov were still denied to enter Crimea. The President expressed hope that Turkey would support international position on reacting to the violation of Russia's international obligations in the field of human rights.

In turn, the Turkish Foreign Minister thanked the President of Ukraine for the support of the Crimean Tatars. He also expressed the willingness of Turkey to become a member of the conference of donors and investors to Ukraine, which is scheduled to be held early next year.