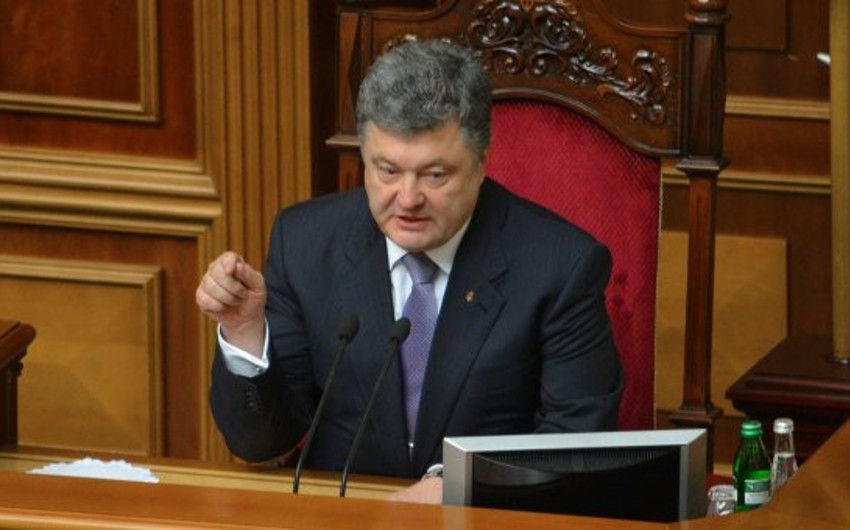 Baku. 26 August. REPORT.AZ/ President Poroshenko issued a decree about the early termination of powers of the Verkhovna Rada of the seventh convocation.

Report informs citing "Interfax-Ukraine", the president stated that “The Fifth Column in the parliament consists of dozens of so-called people`s deputies. But they don’t represent the interests of the people, who elected them, but the interests of some other people”.

"The majority of these MPs voted for dictator-style laws, which cost the lives of hundreds of people and we have to be liable for this”, the president issued.

Poroshenko has called on “democratic forces” in Ukraine to enter the elections as a united “pro-Ukrainian, pro-European team”.

Prescheduled parliamentary elections will be held on October 26, 2014.

In mid July, the coalition of parliamentary fractions, which formed the Ukrainian government in March 2014, disintegrated after Svoboda (Freedom) and the UDAR (Strike) parties withdrew their membership.