Pope Francis trips and falls during Mass in Poland - VIDEO 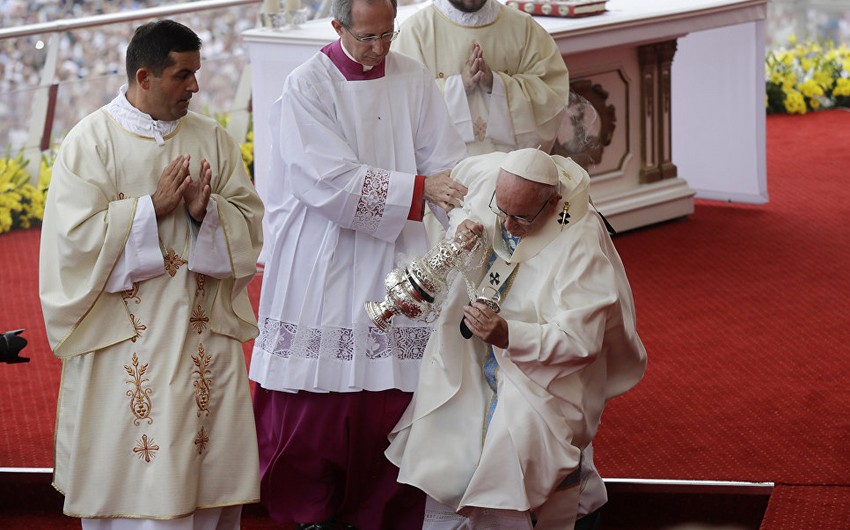 Baku. 28 July. REPORT.AZ/ Pope Francis missed a step and fell to the ground as he was coming to an open-air altar to celebrate Mass at Poland's holiest shrine of Jasna Gora. He seemingly did not suffer any injuries. No additional information on this reported yet.

Report informs referring to the Associated Press, Polish media broadcast images of the 79-year-old Argentine pontiff stumbling, then falling down out of view before being helped to his feet by altar servers.

Francis appeared to be fine as he delivered a homily and said mass for hundreds of thousands of pilgrims.