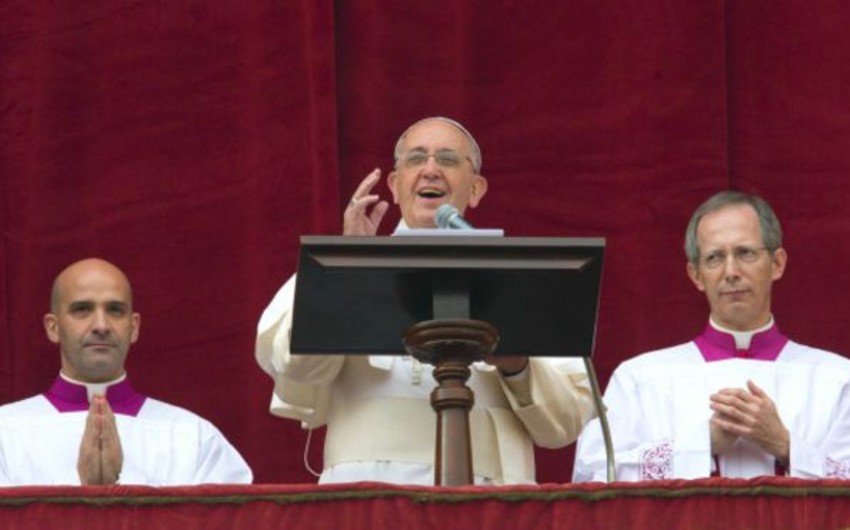 In his second "Urbi et Orbi" - to the city and the world - Christmas message, the pontiff highlighted the plight of victims of conflict in Syria and Iraq.

"Too many people are being held hostage or massacred" in Nigeria, he added.

Tens of thousands of people turned out on St Peter's Square to hear the Argentine Pope deliver his annual message.

He said Christians in Iraq and Syria had endured conflict for too long, and "together with those belonging to other ethnic and religious groups, are suffering a brutal persecution".

"May Christmas bring them hope, as indeed also to the many displaced persons, exiles and refugees, children, adults and elderly, from this region and from the whole world," the Pope said.