Pompeo heads to Israel to discuss Iran US Secretary of State Michael Pompeo lands in Israel on Wednesday to talk about Iran, economic relations with China, and Israel’s plan to annex land the Palestinians claim for a state, Bloomberg reports. 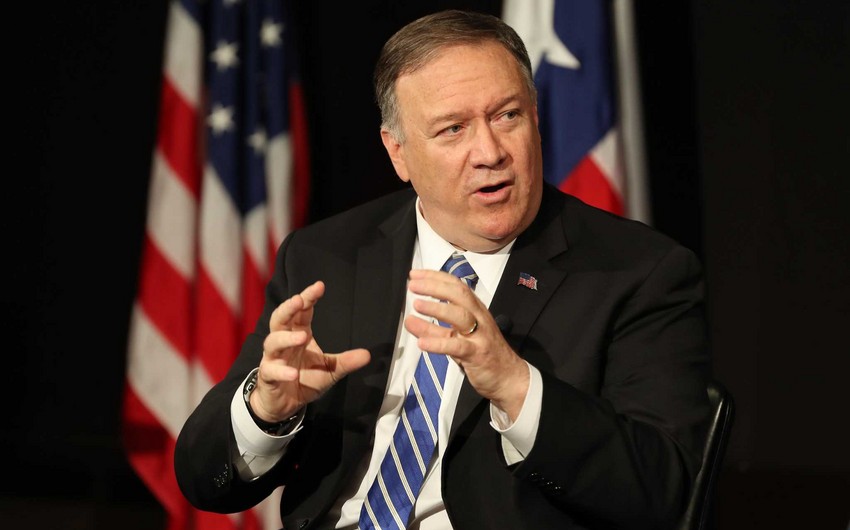 US Secretary of State Michael Pompeo lands in Israel on Wednesday to talk about Iran, economic relations with China, and Israel’s plan to annex land the Palestinians claim for a state, reports.

Pompeo arrives the day before Israel swears in its first permanent government in more than a year. The official visit defies the near-total halt to travel that’s accompanied the spread of the virus, suggesting just how urgent the US considers the visit to be.

Pompeo will meet with Prime Minister Benjamin Netanyahu and the man he’ll be sharing power with, former military chief Benny Gantz. Their deal to form a joint administration includes a provision that allows Israel to move ahead on annexation starting July 1.

As he boarded his plane in Washington on Tuesday, Pompeo was accompanied by Assistant Secretary of Near Eastern Affairs David Schenker and spokeswoman Morgan Ortagus.

Here are the other issues Pompeo plans to raise, according to the interview and a State Department release: Combating Iran: Israel continues to strike Iranian military targets in Syria while the US seeks to renew a United Nations arms embargo on the Islamic Republic set to expire this year. The visit also follows an alleged Iranian cyberattack on Israeli water infrastructure. Israel’s economic ties to China: A top State Department official previously warned Israel about its screening of foreign investments and cautioned about the potential for “predatory investment” during the crisis. Collaborating to tackle the coronavirus pandemic as both countries relax restrictions on their economies.