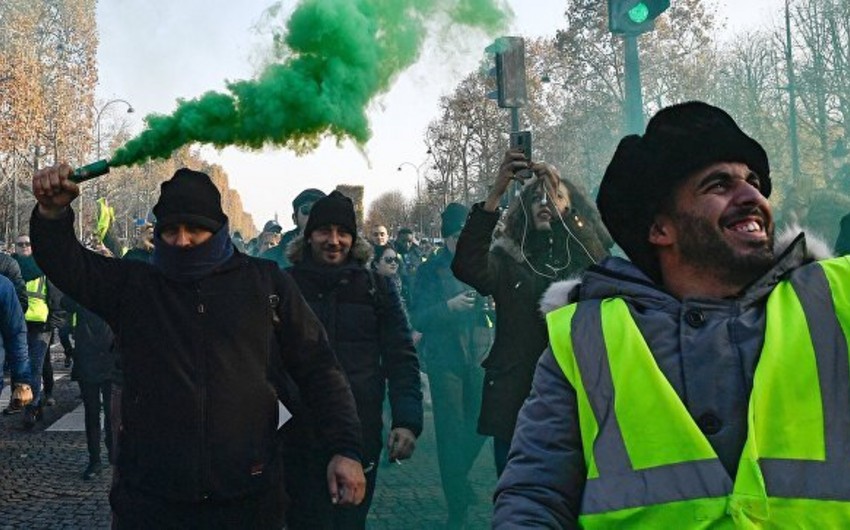 The action takes place in the area of Champerret Square in the XVII arrondissement of Paris. Several hundred people are protesting in the square. Since early morning they try to block traffic on the ring road, several times clashed with police.

According to preliminary data, the police detained 16 people. Demonstrations are taking place in France this weekend to mark the first anniversary of the yellow vest protests. Not all of the protestors are agreed.