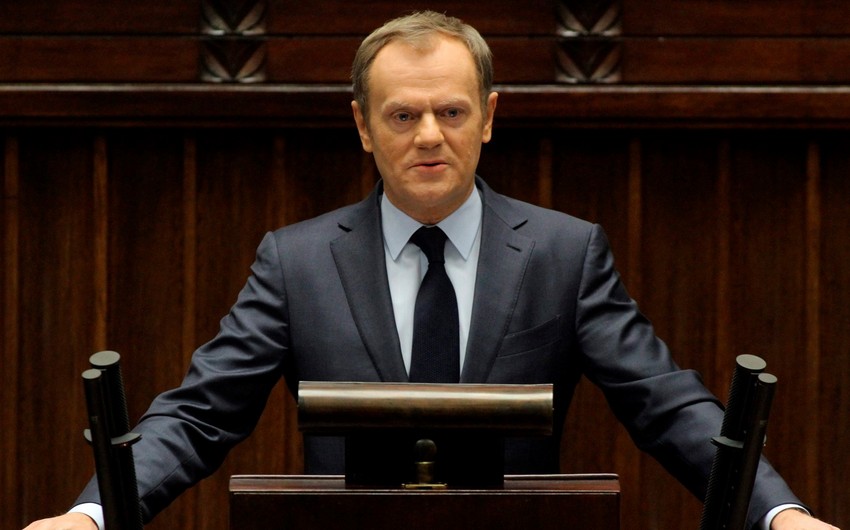 Baku. 10 March. REPORT.AZ/ After the other 27 leaders unanimously decided to keep Donald Tusk in his job as Council president, in spite of Poland’s opposition, prime minister Beata Szydlo announced that she would not sign the summit’s conclusions.

“I made it clear that I will not sign, which means the summit conclusions will not be valid. I will not accept any document from the summit. The other 27 are now looking for a way to get round this. It shows that there are no rules here anymore.

According to her, European Union needs reforms. "Unless mutual respect is restored, the EU will face crises in coming years", - Szydlo added.

On 9 March, at the summit, leaders of the EU member states have re-elected Donald Tusk as chairman of the European Council for 2.5 years. His candidacy was not supported only by Poland, which nominated MEP Jacek Saryusz-Wolski for this post.