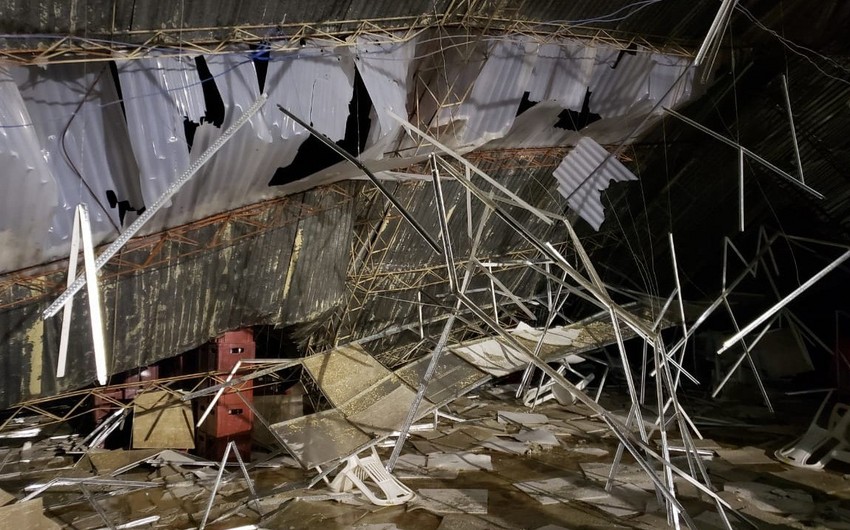 At least 6 people died and 40 were injured after a hailstorm caused a roof to collapse on a costume party in central Peru, Report informs citing the RIA Novosti.

Around 1,000 people were in the building at the time of the accident on Sunday, October 13, according to local media.

Some are still trapped in the rubble and 5 of the injured are in a serious condition, police said.