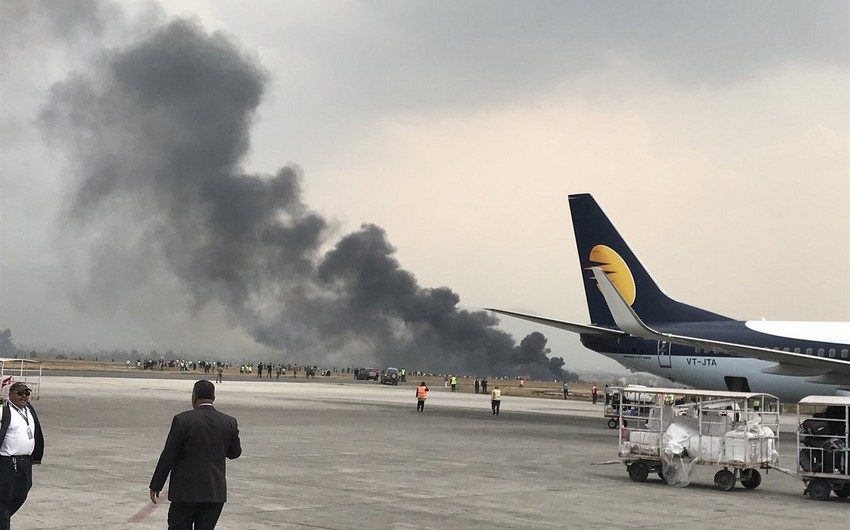 Baku. 12 March. REPORT.AZ/ Many casualties are feared after a passenger plane of Bombardier Dash 8 Q400, Bangladesh Airlines crashed onto a football ground near the airport in Kathmandu, Nepal, sending a huge cloud of smoke into the air. Report informs citing the Reuters.

At the moment, the number of passengers on board, which is engulfed by fire is not known. The fire brigade is engaged in the elimination of fire as a result of the crash.

Notably, Bombardier Dash 8 Q400 aircraft can carry up to 78 passengers.