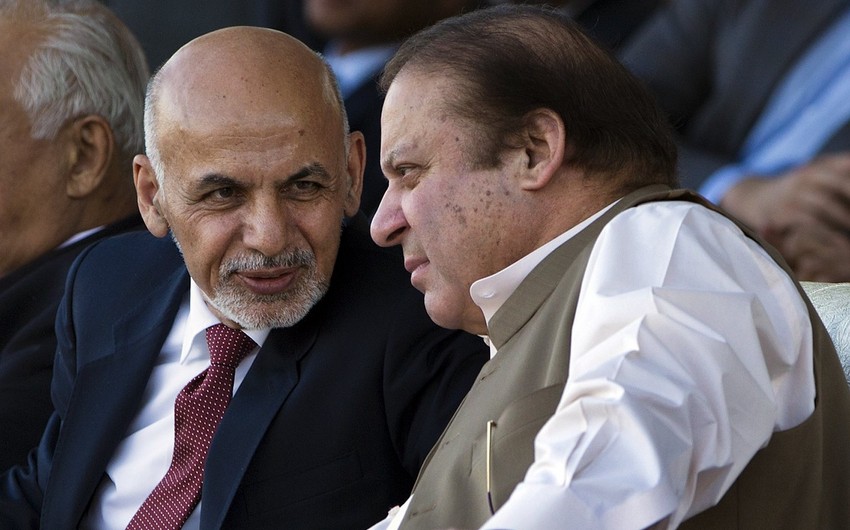 Baku. 16 November. REPORT.AZ/ Pakistani Prime Minister Nawaz Sharif on Saturday threw his weight behind Afghanistan’s efforts to reach out to the Taliban for peace talks, hosting Afghan President Ashraf Ghani on a visit aimed at improving ties between the two neighbors.

Mr. Sharif said his government would support the “intra-Afghan reconciliation process,” shorthand for efforts to bring Taliban leaders to the negotiating table. That process, he added, “must be fully Afghan-led and Afghan-owned.”

Nuclear-armed Pakistan has long held major influence over Afghan affairs, and Mr. Ghani’s visit has been billed by Afghan officials as a concerted move to restore relations that frayed under his predecessor, former Afghan President Hamid Karzai, who came to power with the U.S.-led invasion of Afghanistan in 2001.

In remarks to the press, Mr. Ghani said the two countries had “overcome obstacles of 13 years in three days.”

Mr. Ghani, who was inaugurated in September, has made improved ties with Pakistan a priority, and Saturday’s meeting was choreographed to demonstrate goodwill. Afterward the two leaders watched a friendly cricket match between Afghanistan and Pakistan, a game that ended in victory for the Afghan side , informs Report citing The Wall Street Journal.

Afghanistan’s economy has faltered amid the withdrawal of U.S. and international combat troops, and the Afghan president has said he needs to turn around the country’s economy to shore up plummeting government revenue. Equally important, Mr. Ghani will need to enlist the support of Pakistan’s military if he hopes to bring Taliban insurgents into peace talks.

The Afghan president attended a wreath-laying ceremony to honor Pakistani troops who had died fighting Islamic militants who oppose the government in Islamabad. In a statement on Twitter , Pakistani military spokesman Maj. Gen. Asim Bajwa said visit “bodes well for [the] region.”

In a statement issued Friday, the Pakistani military quoted the Afghan president as saying that Kabul was willing to cooperate with Islamabad on issues such as military training and border management.

The Afghan Taliban have long used Pakistani border areas as a recruiting base and operational headquarters. While the Pakistani government acknowledges communication with the movement’s leadership, it says it hasn’t direct control over the Afghan insurgency.