Over 350 villages in India flooded due to severe monsoons 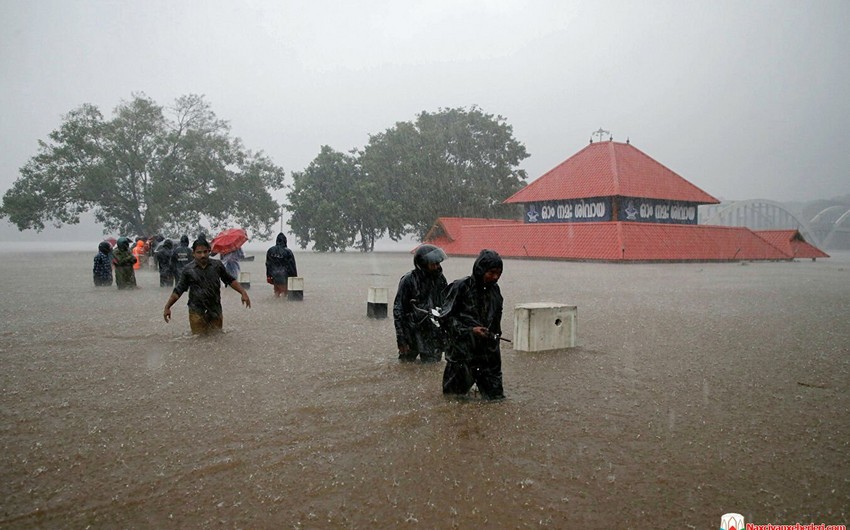 At least 357 villages across 21 districts in India’s Uttar Pradesh have been inundated with floodwater due to heavy rainfall in the state, Report informs referring to NDTV.

Bundelkhand region, which usually reports below normal to normal rain, is the worst affected, with Yamuna river flowing above the danger mark in at least five places.

Ganga is flowing about the danger-mark in three districts - Badaun in western Uttar Pradesh and Ghazipur and Balia in the eastern part of the state. Ninety-seven villages or one-third of the total affected villages have been completely cut off due to the floods.

The water level of the Ganga river is currently two meters above the danger level due to the discharge of a large amount of water from Rajasthan and Madhya Pradesh. This has led to flooding in 50 villages. At least 200 families have been moved to safe areas.