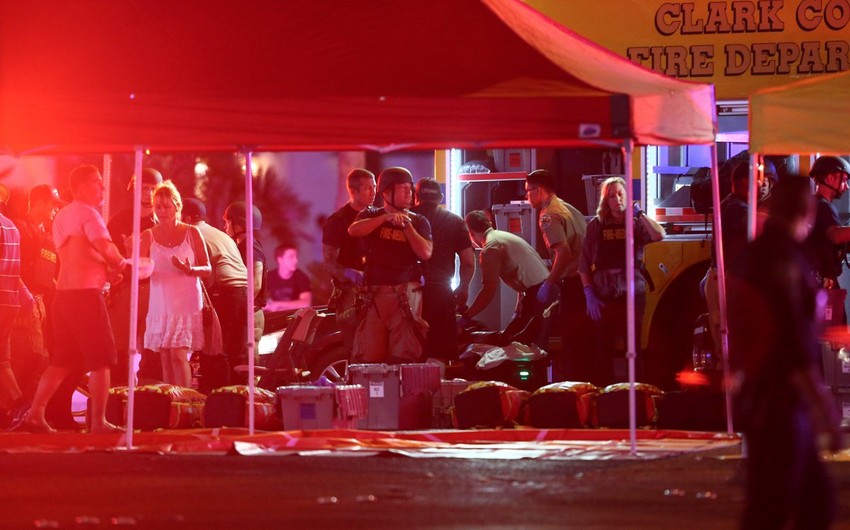 Police continue operations near Mandalay Bay Casino in Las Vegas as number of shooters not identified.

Shooters on the 32nd floor of the hotel had shot at the country music festival.

According to preliminary information, at least two people were killed, more 24 injured as a result.

A black Audi was spotted with "wires sticking out", according to those listening to the scanner, however, the police not confirmed the report.

Flights in and out of the nearby McCarran Airport have been suspended.