One of the suspects behind Paris attacks detained in Belgium, but France denies 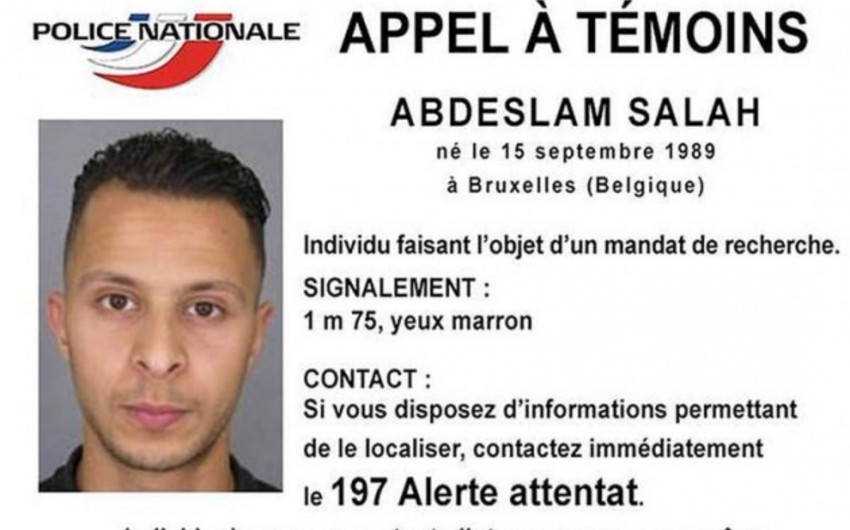 Baku. 16 November. REPORT.AZ/ One of the suspects behind Paris attacks was detained in Belgium.

Report informs, one of the suspects in the Paris attacks, Salah Abdeslam, was raised in Molenbeek, French and Belgian authorities said.

The alleged mastermind behind the brutal massacre, Abdelhamid Abaaoud, is also said to be from the same Brussels district.

"He appears to be the brains behind several planned attacks in Europe," the source said, adding that the man, Abdelhamid Abaaoud, was the investigators' best lead as the person likely behind the killing of at least 132 people in Paris on Friday.

According to RTL Radio, Abaaoud is a 27 year-old from the Molenbeek suburb of Brussels, home to other members of the militant Islamist cell that carried out the attacks.

"Salah Abdeslam was detained alive at home. Police have used a tear gas to detain him," an RTL correspondent reported.

According to RTL report, police have found weapons at his apartment. Abdeslam has offered no resistance during the detention.

Meanwhile, other source of the RTL TV did not confirm this information, saying that Abdeslam Salah could lock up at his apartment.

According to the all-points bulletin, Abdeslam Saleh was born on September 15, 1989 in Brussels, Belgium. Police was looking for the suspect in connection to terrorist attacks 13 November 2015, it reads.

According to the latest information, France denies arrest of this suspect.