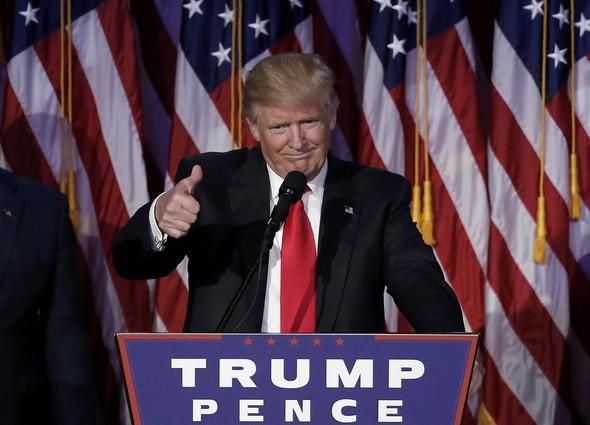 Arizona. 9 November. REPORT.AZ/ "Hillary Clinton called me and congratulated on victory and I congratulate her and her family with this very difficult campaign, she worked very hard".

Correspondent of Report informs, Donald Trump said in his first speech after election of the US president.

"Time has come for all Republicans and Democrats of the nation to stay together, to become united, to build a single nation and to restore the American dream" Trump said.

"Every American will be able to realize own potential", he added referring to his voters.

He promised that the US economy will double growth.