New species of giant tortoise discovered in Galapagos The new species has been named "Chelonoidis donfaustoi", after a retired Galapagos park ranger 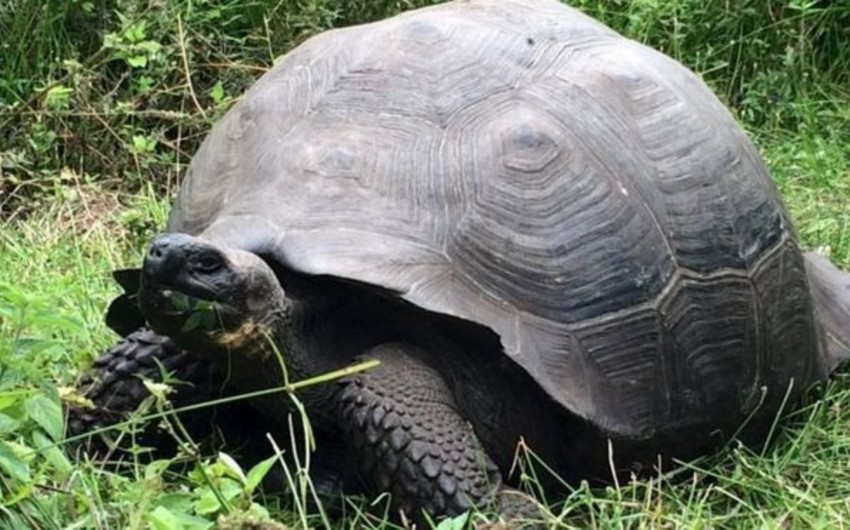 Scientists say they have identified a new species of giant tortoise on the Galapagos Islands in the Pacific, Report informs referring to the foreign media.

They used genetic data to determine that a group of 250 slow-moving reptiles was distinct from another tortoise species on Santa Cruz island.

It is the 15th known tortoise species to be discovered on the archipelago, though four are now extinct.

The new species has been named "Chelonoidis donfaustoi", after a retired Galapagos park ranger.

Giant tortoises in the Galapagos tend to weigh up to 250kg and live longer than 100 years.

Experts had long believed that the two giant tortoise populations on the Santa Cruz island were the same species, but genetic testing proved this to be wrong, Ecuador's environment ministry said in a statement on Wednesday.

The newly-identified species, which is also known as the Eastern Santa Cruz tortoise, lives on the eastern side of the island and was also found to be genetically different from tortoises on other islands.