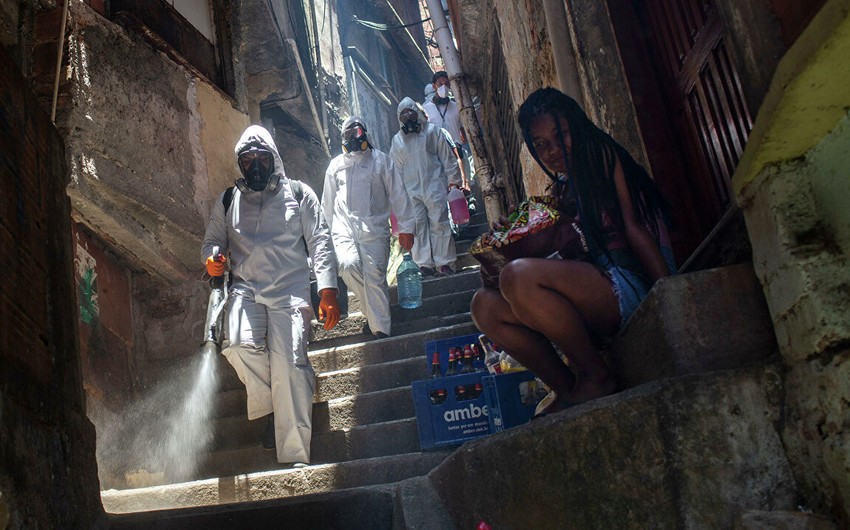 Scientists in Ecuador have revealed new varieties of coronavirus in the country. One of them could affect the increase of COVID-19 cases in the country, but they have nothing to do with the UK's strain, Report states, citing the RIA Novosti.

Researchers saved genetic materials from more than 2,500 samples from 22 provinces of the country, which made it possible to determine whether the virus strain that appeared in each city was a mutation.

"A new variant of SARS-CoV-2 has been identified. It is suspected to play a role in the rapid increase in the virus's infectivity. None of the sequences of the studied viruses shows a genetic variation of the English virus, " the scientists note

Earlier, the UK reported a new mutation of the SARS-CoV-2 coronavirus detected in the country. The Advisory Council on new and emerging respiratory viral threats in Britain has confirmed that the new coronavirus variant is spreading faster and requires the population to be even more cautious.

Several states have announced the suspension of flights with Britain.