Negotiations on the current situation in Ukraine ended in Berlin

Negotiations on the current situation in Ukraine ended in Berlin Frank-Walter Steinmeier, "The progress has been achieved on a number of items" 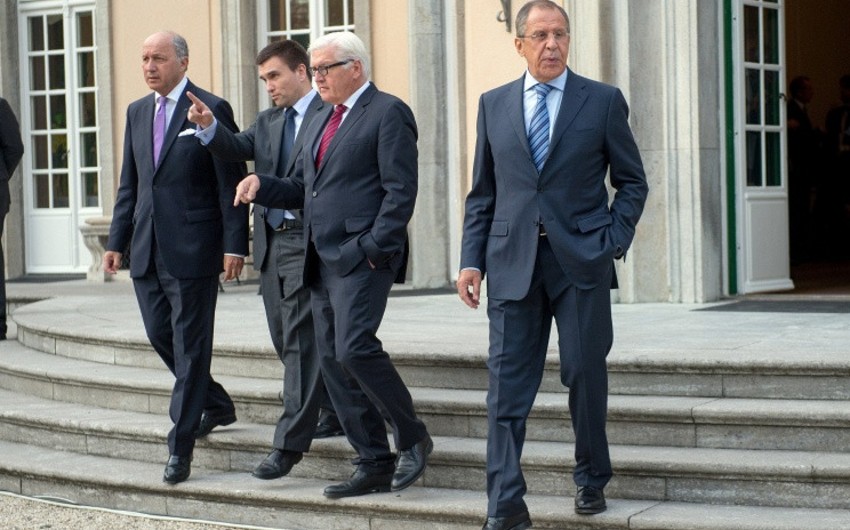 Report informs citing to the international press, after five hours of talks, German Foreign Minister Frank-Walter Steinmeier told reporters that progress was achieved on a number of items.

“This negotiation was important. I express my gratitude to the ministers of Russia, Ukraine and France for accepting my invitation. Today we have told for a long time and discussed the ways of stopping the military actions. In addition, humanitarian assistance to the civilian population has been the subject of debate. This is a difficult matter but I think, we have made progress on some points. On Monday and Tuesday, it will be decided how to continue today’s talks in some forms. We want to reach a cease-fire and to avoid an increase in the number of victims,” German minister noted.

The Minister of Foreign Affairs of Ukraine Pavel Klimkin wrote on his twitter page: “Five hours of hard talking. However, to make one conclusion it will require a lot of five-hour long conversations like that”.

According to his statement, when it is required to pass the red line, the state cannot be compromise. “Ukraine did not pass during the negotiations. I felt the support of our partners,” the minister noted.