NATO Commander: Russia uses Syrian refugees as 'weapon' against West "Together, Russia and the Assad regime are deliberately weaponizing migration in an attempt to overwhelm European structures"
3617 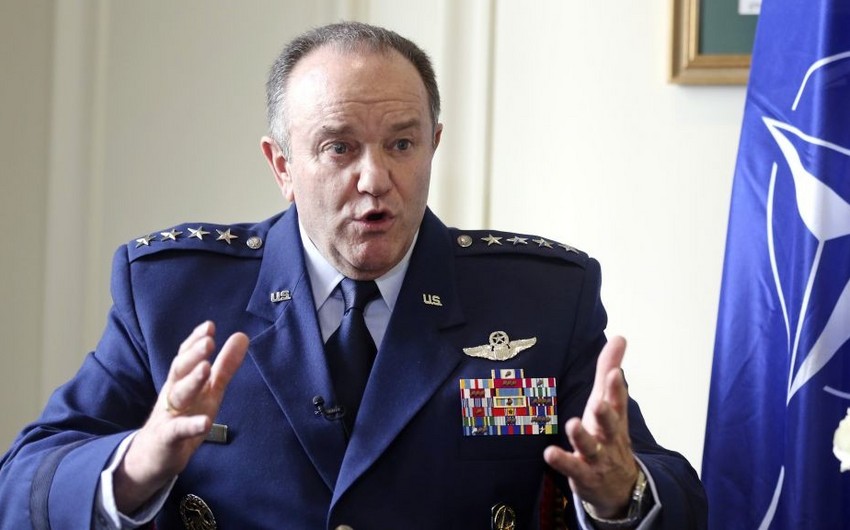 Baku. 2 March. REPORT.AZ/ NATO's top commander in Europe, Philip Breedlove, made the claim about the migration crisis during US Senate testimony. He also warned lawmakers that Russia posed a renewed existential threat to the US and its allies.

Report informs citing the foreign media, NATO's top general accused Russia and Syria of fomenting a mass exodus of refugees as a "weapon" against the West.

Philip Breedlove, the supreme allied commander in Europe for the 28-member military alliance, told US lawmakers on Tuesday that the mass bombing of civilian targets appeared to serve no other purpose than to weaken Europe by creating a massive, and continuous, wave of people desperate for food, shelter and safety.

"Together, Russia and the Assad regime are deliberately weaponizing migration in an attempt to overwhelm European structures and break European resolve," Breedlove told the Senate Armed Services Committee.

Breedlove pointed to Russia's six-month air campaign and the Syrian government's use of barrel bombs against civilian targets as proof that the two countries are simply trying to create a mass displacement of people.

He added that the refugee crisis further served to distract western powers from the root cause of the crisis, as they grapple with huge numbers of arriving people.

"These indiscriminate weapons used by both Bashar al-Assad, and the non-precision use of weapons by the Russian forces - I can't find any other reason for them other than to cause refugees to be on the move and make them someone else's problem," Breedlove said.