Moldova: Thousands protest against proposed PM candidate The protest comes amid a standoff between President Nicolae Timofti and the pro-European governing coalition 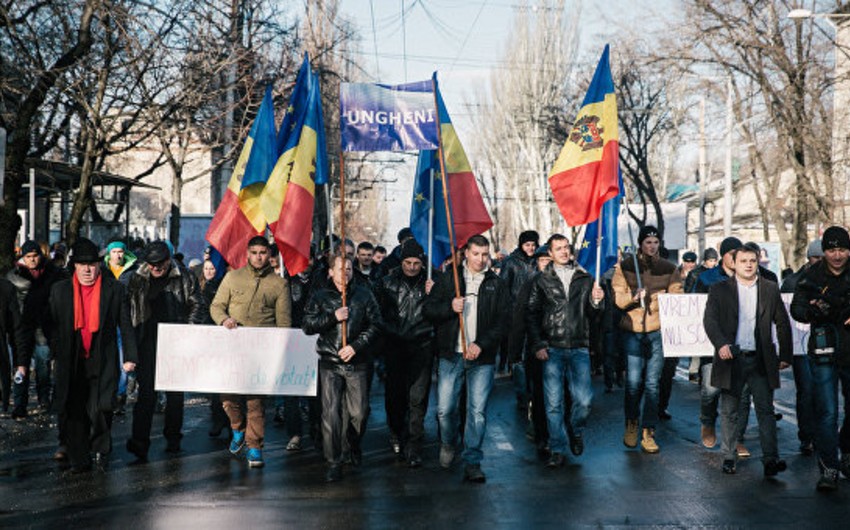 Baku. 16 January. REPORT.AZ/ Thousands demonstrated against nomination of an influential politician and businessman to become the next prime minister of Moldova, a country mired in political uncertainty.

The protest comes amid a standoff between President Nicolae Timofti and the pro-European governing coalition. Timofti on Wednesday rejected Vlad Plahotniuc, the coalition's candidate for prime minister.

Later, Timofti again called on Parliament to name another candidate by Thursday evening, urging transparency in the way the coalition was formed.

Earlier in the day, thousands demonstrated in Chisinau against Plahotniuc, a politician with investments in oil, finance, banking and media, claiming he has too much power and influence.

If Parliament fails to approve a government by January 29, it will be dissolved and an early election called. Parliament dismissed the previous government in late October amid allegations of corruption.

Moldova has been plagued by instability since up to 1.5 billion USD went missing from three Moldovan banks before November 2014 parliamentary elections, sparking weeks of protests last fall, with Moldovans demanding a thorough investigation and a crackdown on endemic corruption. The country had five prime ministers during 2015.